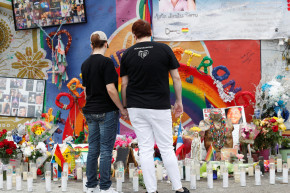 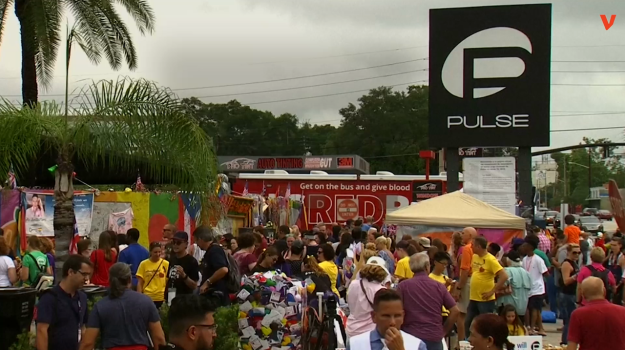 It has been one year since the deadliest mass shooting in U.S. history.

49 people were killed when a gunman opened fire at Pulse, an LGBTQ nightclub in Orlando. Church bells throughout the city rang 49 times at noon on Monday. There was also a pre-dawn remembrance ceremony. Many people who attended the vigil say it’s their first time back since the shooting.

Orlando officials have declared June 12th ‘Orlando United Day — a Day of Love and Kindness’, and there are plans to turn the club into a permanent memorial.