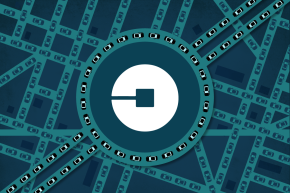 The long-awaited ramifications from multiple investigations into alleged sexual harassment and discrimination at rideshare startup Uber are coming to light, and they’re serious.

On Tuesday, Bloomberg reported that over 20 employees were fired in light of an investigation into sexual harassment claims by law firm Perkins Coie LLP, citing a person said to be familiar with the matter. The firing was reportedly announced in a company memo that did not specifically give names.

Bloomberg also reported that 215 total claims were investigated, 100 of which did not require follow-up action. Thirty-one instances have resulted in counseling mandates for the guilty parties, and seven resulted in written warnings. Almost 60 more cases are still being investigated.

The investigation by Perkins Coie was launched after former engineer for the company Susan J. Fowler wrote an in-depth blog post about the harassment she experienced working at Uber. The results of another investigation Uber commissioned, led by former Attorney General Eric Holder, have not yet been revealed.

Fowler took to Twitter to share her thoughts following the news of the firings, calling out Ariana Huffington (an Uber board member) and the company’s human resources chief for their prior claims that sexism was not a pervasive issue at the company.

Arianna and Liane to press: there is no systemic sexual harassment, just Susan.

External lawyers: there are 215 cases of sexual harassment. https://t.co/sZl0bnLccs

Though people speaking on Uber’s behalf have repeatedly denied accusations that the company suffers from a workplace culture that is hostile to women, the release of its first-ever diversity report showed that men largely run the company.