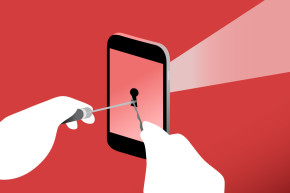 He said he believed they provided authorities with "some valuable information"

Apple CEO Tim Cook revealed that Apple been working with the UK authorities on their investigation into the recent London terror attacks in an interview with Bloomberg on Monday.

“We have been cooperating with the U.K. government not only in law enforcement kind of matters but on some of the attacks,” he said. “I cannot speak on detail on that. But in cases when we have information and they have gone through the lawful process we don’t just give it but we do it very promptly.”

Cook also added that he believed Apple was able to provide authorities with “some valuable information.”

While he did not speak directly as to what insights Apple was able to provide, he implied that the metadata of user communications is information that could come in handy. Metadata usually refers to information describing a message, like the time it was sent for example, rather than the content of the message itself. “Metadata, if you’re putting together a profile, is very important,” he said.

The insight into Cook’s work with the UK government followed a reporter’s question concerning the strength of Apple devices’ privacy and security features. Apple uses end-to-end encryption in the iPhone’s standard iMessage app, which is something certain members of the UK government have been reluctant to accept.

Following terrorist attacks earlier in the year, Prime Minister David Cameron pledged to ban messaging communications that were encrypted end-to-end as part of a nationwide surveillance plan, saying companies like Apple had a “social responsibility to fight the battle against terrorism.”

This followed a bill passed in France the previous year that made it legal to fine tech companies that refused to undo their encryption safeguards when brought in on a terrorism investigation.

Privacy advocates have been harshly critical of such sweeping plans, saying they overstep government boundaries and that any kind of “backdoor” could result in problematic vulnerabilities.

Apple’s history of staunch defense in favor of users’ privacy has led to some head-butting with government officials in the past. After the 2015 terrorist attack in San Bernardino, the company refused to unlock a deceased suspect’s iPhone, forcing the FBI to pay over $1.3 million to an undisclosed company capable of hacking it.

Orders for Apple to hand over users’ personal data to law enforcement personnel for reasons relating to national security have spiked in recent years, up from 249 in 2013 to over 1,400 in 2015.