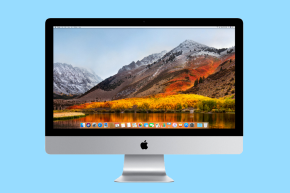 Apple Wants To Stop Internet Ads From Following You Around

Frustrated by advertisements that stalk people online for weeks after only a casual glance at the site in question, an increasing number of internet users have turned to downloading ad blockers or using tools that block tracking. Now, Apple has taken notice and wants to introduce more nuance to these all-or-nothing options.

In the keynote at Apple’s Worldwide Developers Conference (WWDC) on Monday, Craig Federighi, the company’s senior vice president of software engineering, announced that it would introduce “intelligence tracking prevention” for its latest Safari browser.

This would not be so extreme that it would block all advertisements, but it would make them less creepily-tailored to your every move.

“Safari uses machine learning to identify trackers, segregate the cross-site scripting data, put it away so now your privacy — your browsing history — is your own,” Federighi explained, according to TechCrunch. There were no details about exactly what the tool would block or whether it would be enabled by default.

Apple also emphasized other privacy- and user-friendly features at WWDC, as some watching and attending noted. For example, the next Safari update, designed for Apple’s upcoming operating system High Sierra, will also have a setting that automatically pauses “auto-play” video ads that start right as a page is opened.

I like to believe that Apple uses our data to assist us when others sell it to third parties. Happy to pay more for privacy/security #WWDC

So my clear positives from WWDC: Apple insists they are fully committed to privacy, and they are trying to break out of their golden hole

HomePod, its new home speaker aimed to compete with the Amazon Echo, will only send encrypted information to Apple’s servers after it’s activated by the wake word, “Hey, Siri.” The data, Apple said, will be sent using an anonymous Siri identifier, so it won’t be tied to an owner’s user profile.

The reason I haven't bought Amazon Alexa is bc the privacy is nonexistent and it's always listening. REALLY pumped for #homepod. #WWDC

But given the steep price of Apple’s products, some are less impressed with privacy features. The HomePod’s $349 price tag is more than double its competitors’, and the latest MacBook Pro will start at “just $1,299.”

Wanna sound like a huge douche canoe? Put the word *just* in front of $1299 #WWDC