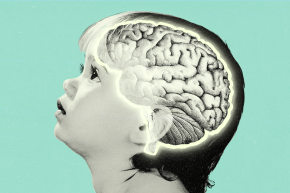 Autism can take many different forms, but some of the characteristic traits include repetitive behaviors, difficulties with social interaction, and linguistic challenges. Most children aren’t diagnosed with autism until around the age of two.

Now scientists have come up with a brain scanning technique that can reliably detect autism in children as young as six months, which could lead to earlier treatment that reduces the severity of later symptoms.

When a child is diagnosed with autism, they often begin behavior-based treatments that studies show can raise IQ and improve social skills and language development. The younger a child starts treatment, the better it tends to work, which is why early diagnosis matters.

By the age of two, behaviors are better established and the brain is less malleable than in infants. But even by six months, some children show developmental differences, such as the way their eyes move or their motor skills, but so far researchers haven’t been able to devise a diagnostic test. This pointed scientists toward brain scans.

More Junk Science: There Is No Autism Epidemic

In this study, published Thursday in the journal Science Translational Medicine, the researchers took brain scans of 59 six-month-old children who had a sibling diagnosed with autism, which makes them about 20 percent more likely to develop the condition.

While the babies slept, the scientists took brain scans to measure the activity in more than 26,000 connections across their brains. Later, by the time they turned two, 11 of the 59 children were diagnosed with autism. Using the scans and diagnosis information, the researchers were able to build a predictive algorithm that correctly predicted the diagnosis of nine of the 11 children with autism. In addition, it didn’t incorrectly predict any babies would develop autism who later didn’t.

The results are promising, but it is still preliminary since this is the first study of its kind and it was small. Though the researchers note that expensive scans like these are probably most useful for children who are at higher risk of developing autism, future studies could determine if the same patterns exist for others.