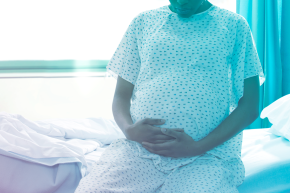 We Really Have No Idea What Causes Birth Defects

Doctors aren't able to pinpoint why 4 in 5 birth defects occur, according to new study

Every year, nearly eight million children come into the world with major birth defects. Many won’t live long enough to see their first birthday. And for most of these babies, we don’t even know what went wrong to cause the defects in the first place.

That’s the finding of a new study published in the latest issue of the British Medical Journal. Researchers from the University of Utah looked at about 5,500 cases of major birth defects among children born in the state between 2005 and 2009. For only 20 percent of them was it possible to trace the defect to a specific cause, the overwhelming majority of which were problems with the children’s chromosomes or genes, with a few more down to environmental exposure to chemicals, radiation, or infection.

But for the other 80 percent, the researchers couldn’t pin down any particular cause for the defects. That doesn’t mean genetic or environmental factors weren’t responsible for these problems — it’s just that there wasn’t enough evidence to say. There were also possible risk factors that could help explain these, including the mother smoking or having diabetes or obesity, but the role any of those play in causing specific defects is complicated and uncertain.

This might all seem like a bookkeeping issue. But not knowing causes of birth defects means doctors are also bad at predicting them in advance and that risk screenings for prospective parents will also be difficult to improve.

All this comes at a terrible price: The total health care cost for children with birth defects is more than $2.6 billion every year in the United States, and about one in five of such children die in their first year of life. What’s more, the birth defect rate hasn’t dropped in decades, and it might actually be set to increase as diabetes and obesity reach epidemic proportions. Perhaps medical science can’t have all the answers, but as the researchers argue, it’s urgent to start looking for them.