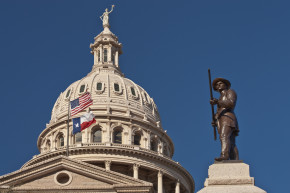 If the law passes as is expected, patients could have access to controversial treatments

A bill may soon grant Texans greater access to unapproved but promising stem cell therapies, Stat News reports. Its passage would make Texas the first state to back the technology, which has not been approved by federal regulators and many experts consider risky.

The bill, HB 810, is intended to give people with chronic diseases or terminal illnesses access to “investigational stem cell treatments” — those that are being evaluated in clinical trials or that has in general not been approved by the FDA. With a doctor’s approval, patients who have had not had success with conventional treatments would be allowed to seek stem cell therapies at any clinic that offers it, as long as the treatment is given by a licensed physician and approved by an institutional review board.

Already, hundreds of largely unregulated clinics around the country are quietly operating under regulatory loopholes; few states have taken legal steps to advance or hinder patient access to them.

Texas has welcomed these clinics for years. In 2011, then-governor Rick Perry received an injection of stem cells intended to help heal his spine after spinal fusion surgery. “Let’s get Texas in on the ground floor and invest in adult stem cell research, the one area of that field that is actually proven to expedite cures,” Perry said at the time, according to ABC News.

Stem cell therapy usually involves extracting a patient’s fat cells, processing and purifying the stem cells outside the body, then re-injecting them to the treatment site. Proponents of stem cell therapies claim that no regulators should be able to keep them from their own cells, which could potentially help ameliorate conditions such as Parkinson’s, some types of blindness, or paralysis caused by injuries to the spinal cord. Indeed, some experiments have indicated that stem cells can in fact treat these conditions, including one that paused the progression of multiple sclerosis.

But experts warn that unregulated treatments put desperate patients at risk. They may come with unexpected side effects or adverse events—one patient developed a spinal tumor after an injection of stem cells in Mexico; three women recently went blind in a clinical trial intended to improve their vision. Plus, they’re expensive and aren’t covered by insurance. Earlier this month, the president of the International Society for Stem Cell Research penned a letter to Texas legislators stating her opposition to HB 810, and two other pieces of pending legislation that would give patients easier access to unregulated treatments. “These bills would cost more lives than they save and would be detrimental to the citizens of Texas.”

Stem cell therapies are also at a crossroads at the federal level—last year, the FDA pushed to crack down on these unregulated clinics, though later in 2016 a bill speeding the agency’s review of stem cell treatments became law.

On May 12, the bill overwhelmingly passed the Texas House, without a single vote against. On May 24, it passed the state Senate, too. HB 810 will soon be on Governor Greg Abbott’s desk to sign into law. Abbott is expected to do so as he has already expressed his support for the bill, Stat notes.