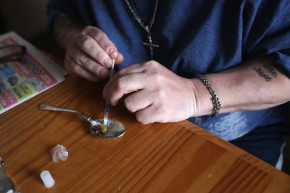 Heroin, fentanyl, and other drugs killed 11 people in Ohio a day in 2016 — more than any other place in the country

The state that leads the nation in fatal drug overdoses saw a dramatic surge in the number of people killed from heroin, fentanyl, and other illicit and prescription substances last year, an analysis of local medical records found.

In Ohio, at least 4,149 residents — an average of 11 a day — died from unintentional drug overdoses in 2016, according to county coroner data compiled by the Columbus Dispatch. The figure represents a 36 percent increase from the previous year when the Buckeye State’s record 3,050 overdose deaths were by far the highest in the nation.

The mounting crisis, which has claimed lives in restaurants, movie theaters, and public libraries, also shows no signs of slowing this year. Multiple coroners told the Dispatch that fatal overdoses in 2017 are far outpacing those recorded in 2016.

Heroin and prescription opioids continued to contribute to many of the fatal drug overdoses in the state last year, the Dispatch’s analysis found. But medical experts said the two substances fueling the rise in drug deaths are fentanyl, a synthetic opioid that’s about 100 times more powerful than morphine, and carfentanil, a powerful tranquilizer used on elephants and other large animals.

As Vocativ reported earlier this year, Ohio counties are now struggling with how to store and manage the increase in those killed by drug overdoses. Morgues in at least four of the state’s counties, including Cuyahoga, have, at times, run out room to keep dead bodies. In March, a startling uptick in the number of drug overdose deaths forced Ohio’s Stark County to bring in a cold-storage trailer to accommodate the overflow of cadavers.