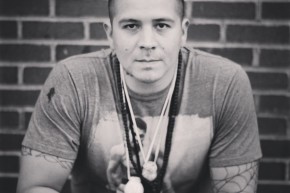 Drone Pilot Who Filmed Pipeline Protesters Cleared Of All Charges

Beating a case that threatened to set a dangerous precedent for citizen drone pilots, a protester facing seven years in prison for flying his drone over the resistance camp opposing the Dakota Access Pipeline has been cleared of all charges.

Aaron Turgeon, a musician and filmmaker who goes by the name Prolific The Rapper, had used his drone to capture striking footage of police firing tear gas and water cannons at pipeline protesters in sub-freezing temperatures. Authorities accused him of endangering public safety and flying too close to a fixed-wing aircraft operated by the North Dakota Highway Patrol, calling his use of the drone “an act of violence.”

Turgeon faced felony and misdemeanor counts of reckless endangerment, as well as an additional misdemeanor count of physical obstruction of a government function, with a maximum of seven years in prison. But footage from Turgeon’s own drone, as well as other cellphone videos captured by protesters, showed that Turgeon maintained a good distance from the aircraft, contradicting police claims.

The case had threatened to set a chilling precedent for citizen drone pilots who capture aerial footage at a protest. The FAA’s rules on small unmanned aircraft prohibit reckless flying, but leave the definition up to local law enforcement, who in some cases have lied and exaggerated the threat posed by citizen drones.

In his case, Turgeon notes he might have never been exonerated if he had allowed cops to confiscate his drone as evidence. Police tried to seize the drone at the time of Turgeon’s arrest, but were blocked from doing so by a large crowd of protesters.

“It’s a call for other judges here in Morton County to understand that there might be things happening that you’re not seeing,” Turgeon told the Bismarck Tribune following his acquittal. “In my case, they tried to take my drone. If they would have taken my drone, I would not have video evidence that showed I never flew toward that plane.”