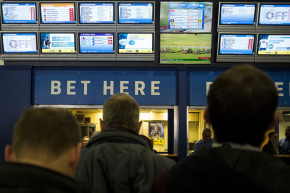 Legal Sports Gambling Is Back On The Table
By Joe Lemire

Legal Sports Gambling Is Back On The Table

New Jersey congressman Frank Pallone, who has crusaded for broader legality of sports gambling for a couple years, unveiled his latest effort on Thursday via a discussion draft of a bill called the GAME Act.

The thrust of the GAME Act—an acronym into which he shoehorned the full title of the Gaming Accountability and Modernization Enhancement Act—is clever for its simplicity. While the current law of the land is the federal Professional and Amateur Sports Protection Act of 1992 (PASPA), which generally prohibits all sports wagers outside of Nevada, the GAME Act does not attempt to regulate gambling nationally but would allow states to set their own parameters on sports bets and online gambling. The key phrase is in Section 2(a), stating that people or entities are “not subject to civil or criminal liability under any provision of Federal law for engaging through a gaming facility in gaming activity that is lawful under the law of the State.”

The proposed legislation, which was first reported by ESPN, would remove federal criminality for any gambling activity condoned by state law so long as a series of consumer protections are met. The Federal Trade Commission only gets involved if a company offers a product in multiple states. There are also the standard minimum age and reporting requirements, as well as jurisdiction to the Department of Health and Human Services for gambling addiction services, that one would expect in such a bill.

Pallone, the ranking Democrat on the Energy and Commerce Committee, previously introduced the NJ BET Act—which would have exempted only New Jersey from PASPA—and earlier this week wrote a letter to the acting solicitor general strongly recommending that he back a Supreme Court review of a New Jersey sports gambling law supported by the state’s voters in a 2011 referendum. The solicitor general, however, did not endorse Supreme Court intervention, although the Court still could choose to proceed. As ESPN noted, Michigan, New York, Pennsylvania, and West Virginia have each proposed sports betting bills in state legislatures this year.

“Despite the federal gaming laws in place today, Americans are betting up to $400 billion a year on sporting events alone,” Pallone said in a statement. “It’s time to recognize that the laws are outdated, and the GAME Act will modernize them by increasing transparency, integrity, and consumer protections.”

In previous comments, Pallone has made the point that 99 percent of that $400 billion figure is illegal and without any governmental oversight—and without, of course, tax revenue. The Monmouth Park horse track, which has pushed to add sports wagering with Governor Chris Christie’s backing, sits in Pallone’s district.

“This is a multi-billion dollar industry in this country that is really benefiting the crime families by continuing to let PASPA stand,” Dennis Drazin, advisor to the New Jersey Thoroughbred Horsemen’s Association that leases Monmouth Park, told the Asbury Park Press. “This is going on everyday anyway. People are betting more and more online, betting with bookies. It’s not going to really change anything except it’s going to bring it out of the closets and into the open.”

New Jersey is hellbent on making this happen, with ESPN also reporting more upcoming legislation at the state level, to further press the issue.

That the NFL and NHL have both signed off on franchises calling Las Vegas home, broader acceptance of sports gambling seems inevitable, even if the leagues themselves aren’t quite willing to admit it themselves.

“This move is a clear sign that the league owners’ attitudes toward sports betting has changed,” Pallone said at the time of the NFL owners’ vote on the Raiders’ move. “I hope that following today’s vote, I can count on the support of the NFL and the NFL team owners for my efforts to legalize and regulate sports betting.”

No one is quite sure when the NFL will openly support Pallone’s efforts, but the gambling creep seems real and it really is more of a “when” question than an “if” one.