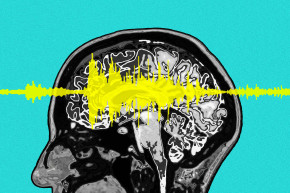 In a recent survey, music teachers failed to identify many tall tales about how music affects the brain

Music is certainly the salve that soothes the soul. But no matter how many infomercials and Amazon retailers say otherwise, listening to Mozart won’t turn someone, least of all your darling newborn, into a genius.

If anyone should be able to dodge this pervasive myth and others about how music affects the brain, it’d be music teachers, you would think. But according to a new study published in Frontiers in Psychology, it seems they’re just as hapless as the rest of us.

German researchers asked two groups — fully-fledged music teachers and students training to teach music — to assess the truth of 14 statements and theories involving neuroscience and music. Half were scientifically sturdy — for example, learning music really does seem to help with our language skills too — but the other half were completely bunk.

Participants usually rated the true statements as true: More than two-thirds were correctly identified by the teachers on average. But they missed 40 percent of the false statements, or “neuromyths.” On the one that referenced the Mozart effect, only 30 percent of teachers got it right. To their surprise, students didn’t fare much better either, despite presumably getting the latest educational training.

“Our findings make clear that both teachers and students are far from being experts on topics related to educational neuroscience in music and would therefore benefit from current education-related research in psychology and neuroscience,” the authors wrote.

It’s understandable why teachers would like to believe in certain myths, the authors said. Especially those that flatter their ego.

“The appeal of the Mozart effect for music lovers is that it makes a connection between the ingenious structure of the composition and the structure of the listener’s mind,” they wrote. “If people listen to ‘intelligent’ music, their minds become intelligent as well.”

In other cases, it might be the appeal and presumed authority that scientific-sounding jargon brings along. Myths that evoked brainy terms, like “hemisphere” or “cognitive abilities” were more likely to be endorsed, they found, though they caution there should be more research done to prove that pattern is actually real.

While age and the level of professional status didn’t much influence whether someone was more accurate, the amount of books they read seemed to.

“Thus, a good education of students in subjects such as musicology, psychology, or neuroscience might result in a more critical attitude toward neuro-educational claims and lead to a better discrimination performance,” the authors wrote.