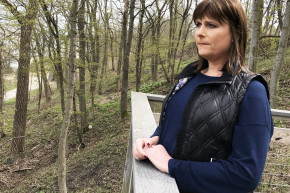 A new report shows the rise in these procedures is because of better access. Will Trump change that?

Gearah Goldstein, an advocate for transgender youth — American Society of Plastic Surgeons
By Tracy Clark-Flory
May 22, 2017 at 1:11 PM ET

The number of gender confirmation surgeries in the United States rose 19 percent last year, according to a new report by the American Society of Plastic Surgeons (ASP). Experts say the stunning rise is the result of better health care access for transgender patients.

This is the first time the ASP has released data on gender confirmation surgery, which encompasses a range of procedures, from “facial contouring” to genital reshaping. The data show that there were more than 3,200 such procedures performed in the U.S. in 2016. That makes a nearly 20 percent rise from 2015, when the ASP first began tracking these procedures. Contrary to many people’s assumptions about what gender confirmation surgery means, however, not all surgeries are performed on the genitals.

“Surgical therapy is one component of the overall care of the individual,” said Schechter. “It takes a team of experts across different disciplines working together to provide comprehensive care. I often partner with doctors who may prescribe treatments such as hormone therapy and mental health professionals who help patients through their transitions.”

It’s also worth noting that plenty of transgender people transition without any surgery — this data, and the release, does come from the not-at-all-unbiased American Society of Plastic Surgeons, after all. But surgery can be a vital part of transitioning for many and, as Schechter says, more people are getting access to it.

That is thanks in large part to the expansion in 2014 of Medicare coverage for gender confirmation surgery — previously, under decades-old policy, it had been deemed “experimental.” This, of course, raises the question of what access will look like under the Trump administration, which has already shown itself to be hostile to transgender rights. As Gearah Goldstein, a patient of Schechter’s and an advocate for transgender youth, said in the release, “For transgender people, like myself, surgical options are a corrective treatment, not cosmetic.”

Update: This story originally quoted data on the number of surgeries that involved a person’s genitals. The American Society of Plastic Surgeons says that data was inconclusive and mistakenly released.