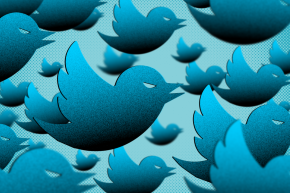 Twitter Is Now Letting You See The Advertisers That Target You

Opting out is not an option, but now you can tailor the list

Users will now be able to go into their privacy settings and see which brands are targeting them with ads. You can check and edit your settings under Settings and Privacy > Account > Your Twitter Data. Users will be able to choose which interests are accurate and which they don’t want to be associated with. Twitter used to gather this data by tracking users’ browser-history for up to 10-days, but with the new policy, the company will track data for up to 30 days.

Opting out entirely from being targeted by advertisers is not an option, but at least Twitter is giving users an option to tailor their list. Twitter is removing its “Do Not Track” support as of June 18 when the new Privacy Policy comes into effect. This feature allowed users opt-out from being tracked by third-parties on websites they do not directly visit. Twitter used to be one of the websites that supported Do Not Track, but it seems they didn’t have a good run with it so it’s joining other companies in the likes of Hulu.

“While we had hoped that our support for Do Not Track would spur industry adoption, an industry-standard approach to Do Not Track did not materialize,” Twitter wrote in its Help site.

To top it all off, Twitter also updated how it shares non-personal, aggregated, and device-level data such as name, email, and numbers. Twitter can share basic information with third-party advertisers, but if they want to buy the data, they have to ask for users’ permission.

“Privacy is built into our DNA as a company and it’s something we take an active role in promoting and advocating for across the world,” Twitter wrote. “Our commitment to protecting and defending your privacy will continue as we build our industry leadership on this issue.”