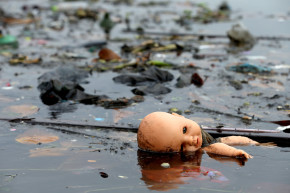 It's so much worse than you can possibly imagine

The litany of woes that plagued the 2016 Olympics in Rio de Janeiro last summer—rampant pollution, Zika virus, behind-schedule construction, a financial “state of calamity,” criminality in the streets of both Ryan Lochte’s invention and otherwise, et al.—almost seem like quaint relics of yore compared to the continued fallout of Brazil’s decision to host the Olympics.

This is where we should interrupt this blog for a brief interlude featuring a Vocativ PSA: Don’t ever host the Olympics.

Here is the havoc wreaked in its wake down in Rio: early concerns about meeting financial obligations has devolved into bartering used air conditioning units while still leaving $37.8 million in outstanding debts, Reuters reported, for which Olympic organizers are now beseeching the local and federal governments for aid.

Scrounging to pay off those lingering accounts might actually be the least of their worries. Consider:

*The city of Rio’s former mayor, Eduardo Paes, has been accused of accepting $5 million in Olympic-related bribes. (Paes denies the allegations.)

*The state of Rio’s former governor, Sérgio Cabral, a major Olympics advocate, has been indicted on corruption charges related to $64 million in bribes related to the 2014 World Cup. (Cabral denies the allegations.)

*The Brazilian Olympic Committee appears to be the target of a federal police probe, local media outlet veja.com has reported, that will begin with an operation against the country’s sports federations. The Guardian noted that the arrangements between the government and 14 federations are being investigated.

*The new subway line whose construction was made possible by the Olympics (and which connected key locations) is now reportedly under police investigation on suspicion of fraud after its price tag jumped exponentially, from 880 million reals to 9.6 billion reals—a roughly 1,000 percent increase from $283 million to $3.1 billion in U.S. currency.

*The admission of many former executives of Odebrecht, a construction behemoth, that the company reportedly paid as much as $3.3 billion to politicians between 2006 and 2014 has triggered a sprawling investigation into 108 Brazilian officials, including four former presidents, three governors, 29 Senators, and 42 members of the Lower House of Congress. Odebrecht was involved in building the main Olympic Park, as well as the subway line and the renovation of Maracanã Stadium for the World Cup.

“Brazilian politics is in the middle of a huge process of creative destruction,” Fernando Schuler, a political science professor at Insper, a Sao Paulo university, told Bloomberg.

*Spending cutbacks on police forces since the Olympics have also allowed drug-trafficking gangs to reassert control in many favelas, per a CBC News report.

*At least six of the 12 World Cup stadiums are said to have been built or financed through nefarious funding.

Jules Boykoff, a former pro soccer player who teaches a course on sports politics while on the faculty at Pacific University, told the Associated Press, “Brazil’s double-whammy has given us a shove toward a place where people still want to watch sports mega-events like the Olympics and World Cup, but no one wants to actually host them.”