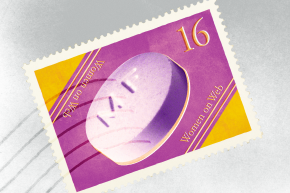 In places where abortion is illegal or hard to access, pills prescribed online can be an alternative

Women who need abortions will do what is necessary to get them, even if they live in the 66 countries with highly restrictive laws. Increasingly, they are turning to online sources to help: Websites such as Women On Web (WoW) will mail women pills to abort an early-stage pregnancy at home, if a pregnancy is less than 10 weeks along.

A new study that is the largest of its kind, published Tuesday in the journal BMJ, finds that these mail-order abortions are generally safe and effective.

The researchers focused on the approximately 1,600 women in Ireland, where abortion is illegal, who received abortion pills from WoW between 2010 and 2013 (only about 1,000 of those women confirmed that they used the pills). The women all filled out a questionnaire on the WoW web site, which was reviewed by a doctor. If they met the requirements, the women were mailed abortion pills — a World Health Organization recommended dose of mifepristone and misoprostol — to an address outside the country because Irish customs would confiscate them. Surveys indicated that women likely took the pills within two weeks of their online consultation. Four weeks after the medication was sent, recipients were asked to fill out another survey in which they answered questions about whether or not they were still pregnant, if they received any surgical interventions (an abortion alternative for a later-stage pregnancy, if they didn’t take the pills or if the pills didn’t work), and whether they had symptoms of serious complications, such as excessive bleeding or fever.

The surveys found that 94 percent of the women who took the pills said the medication had its intended effect, and about 3 percent said they had complications, and nearly all of them said they sought medical attention when those complications arose.

The size of the study adds strength to its conclusions, but there were a number of limitations. The data is reliant on women telling the truth in surveys and only about three quarters of the women who were mailed medications actually responded in the first place. That could be leaving some gaps in the data, though the researchers write that some women also fail to follow-up on care after having an abortion at a clinic. Complication rates, they admit, might have been slightly lower than what really happened. The self-reports also prevent the researchers from determining if the medical care women received was appropriate or necessary.

Still, the data show that at-home abortions administered by telemedicine do work well. “We have drawn on the best available ‘real world’ data to answer these important questions,” the researchers write. That can give millions of women around the world access to safer medical abortions outside the standard medical system.