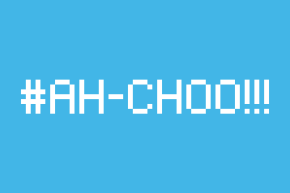 Turns out your "Can't stop #puking today :(" tweets might help forecast when and where the flu will hit next

Turns out our tendency to overshare on social media might actually have some scientific benefits. A new study out of Northeastern University has found that it’s possible to predict a large-scale outbreak of the flu using a model that relies on data sourced from Twitter.

After reportedly analyzing over 50 million publicly available tweets that featured keywords alluding to the flu — and were geotagged with the Twitter users’ location — the researchers were able to create a fairly reliable computational flu forecast model with the aid of more conventional data (like immunization rates, incubation periods, and more).

The model they created is the first of its kind to include tweets in a multifaceted approach to project the spread and scope of an infectious disease outbreak. It was based on actual data from flu seasons in the U.S., Italy, and Spain during 2014, 2015, and 2016 and tested against the influenza surveillance systems these countries actually employ. Impressively, the forecasting algorithms they applied to their data were able to predict the peak flu week and its intensity with 70 to 90 percent accuracy up to six weeks in advance. It also proved better than statistical models in its ability to pinpoint where cases of the flu began and the details of its spread.

“By looking at how many people were tweeting about their symptoms or how miserable they were because of the flu, we were able to get a relative weight in each of those areas of the US,” lead researcher Alessandro Vespignani said in a press statement.

In the future, this kind of applied research could help health professionals make key decisions about when and where to launch public awareness campaigns about flu spread prevention methods and allocate vaccination resources.

Traditionally, the Centers for Disease Control and Prevention has relied on statistical models and flu reporting systems for tracking and predicting the flu, but improved accuracy is something the agency has been working to expand upon for years. The CDC first launched the “Predict the Influenza Season Challenge” that began these researchers’ work back in 2013.

The researchers note that their findings suggest other online sources like search queries and online surveys could be equally effective.