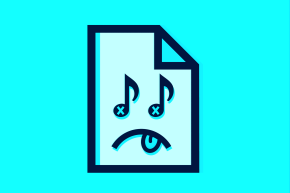 The MP3 Is Officially Dead — But Far From Gone

Will the MP3 become the preferred musical format for the hipsters of 2035?

The MP3 is dead — sort of. The creators of the audio file format, which we’ve used to play music on everything from iPods to the PSP (PlayStation Portable) since the early ’90s, terminated their licensing program last month. But don’t worry, your iTunes aren’t going anywhere.

Fraunhofer IIS, the German agency that invented and patented the audio format, officially terminated its licensing program on April 23, but it just came to the public’s attention this week. The termination of the file format does not mean songs on your MP3 player will stop working, it just means that MP3s are now royalty- and licensing-free.

Companies who sell MP3 players or sell MP3 songs will no longer have to pay Fraunhofer a licensing fee. For the past two decades, Fraunhofer earned a small cut of every MP3 player and iPod sold since it owned the patent of the MP3 and it would sell the software to all companies that included MP3 encoding capabilities on their devices.

The MP3 was terminated due to more advanced audio formats being used by TV, radio, and internet broadcasting. Formats such as AAC (Advance Audio Coding) can store more information and deliver higher quality audio. Spotify, iTunes, and other popular streaming services are some of the platforms that currently use AAC.

This is not the first time the patent for a standard file format’s has expired. In 2006, the patent for the GIF file format expired but its use exponentially increased since it was more accessible than ever. Yet, it’s hard to think that MP3s will have the same resurgence since there’s already a replacement audio file format, and its quality is not terrible.

However, much like Pepe the Frog — a cartoon amphibian who was ‘killed’ by his creator after becoming a symbol for the so-called alt-right — MP3s will have an afterlife on the internet. But compared to other music formats like vinyl records — which have bounced in and out of fashion since they become technologically obsolete — it’s unlikely that MP3s will have the same nostalgic renaissance. Most people just stream their music now, and the file format has no tangible value.

But who knows? Maybe MP3s will be the preferred listening experience of the hipsters of 2035.