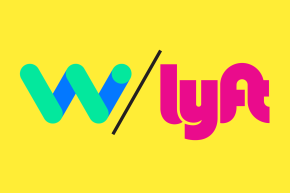 Are Waymo And Lyft Joining Forces Against Uber?
By Allee Manning

Are Waymo And Lyft Joining Forces Against Uber?

Uber may soon face some stiff competition in the race to corner the burgeoning self-driving rideshare market. Waymo, the self-driving car division of Google’s parent company, and Lyft, the “woke” Uber competitor, have teamed up, according to the New York Times.

“Waymo holds today’s best self-driving technology, and collaborating with them will accelerate our shared vision of improving lives with the world’s best transportation,” a Lyft spokeswoman told the New York Times in a statement.

Though a representatives from Lyft also verified reports that this partnership has begun, it’s still largely unclear what the objective of their work together will be. But given Waymo and Lyft’s main areas of focus — autonomous driving technology and app-based rideshares, respectively — it appears likely that a self-driving rideshare program could be on the horizon.

In the past, Waymo — which does not produce its own vehicles — has worked with Fiat Chrysler and Lexus to bring self-driving rides to Phoenix residents. The company also holds a patent for tech that allows it to determine locations for pick-ups and drop-offs. And though Lyft has voiced its desire to keep out of the Silicon Valley melee for proprietary self-driving car technology, partnering with another company already in the arena is something Lyft has already tried out in a previous partnership with G.M.

The Waymo-Lyft partnership comes at a crucial time, as an ongoing legal battle between Waymo and Uber wages, and fierce competition between Lyft and Uber heat up. This makes the partnership especially perilous for Uber. Uber has been accused of stealing trade secrets from Google-parent Alphabet by way of a former employee who had been working on Waymo’s tech, though it seems unlikely the courts will rule in Alphabet’s favor. And Lyft, which Uber has been accused of surreptitiously spying on, has been ramping up its rep while Uber continues to self-destruct, making PR missteps at every possible turn. Among those are the company’s decision to take its self-driving program (inferior to the one run by Waymo) to roads in California and Arizona. Both programs had to be ceased because of legal pushback and accidents.