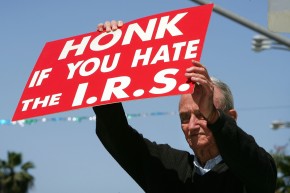 Guys, the San Diego Union-Tribune has a take. Oh, I know you think you’ve seen a scorcher or two in your time, but you really need to prepare yourself for this one, loins properly girded and all.

The opinionist in question – we’ll get to his name in a bit – begins by outlining how in California taxes do run high and there are quite a number of services that require funding. Facing a budget deficit of $80 million, Mayor Kevin Falconer is proposing a draconian 31 percent cut in arts funding, from $15.1 million to $10.4 million or a whopping 0.13 percent of San Diego’s $3,571,700,000 proposed Fiscal Year 2018 expenditures. [Deficit Hawks everywhere burst into applause]

Artists, as you’d expect, are pissed. But our intrepid columnist will hear none of it. After all, the arts should be gutted, he argues, tossing out the standard-brand pabulum about competing in the free market, but his real banger of a thesis is this: because stadium scams.

Giving money to billionaires is a terrible idea! He is absolutely right! The fact that “many in the arts” agree with our intrepid columnist is completely irrelevant, even if he provides zero polling or even anecdotal evidence to back up his claim. I, for example, used to be a working artist, dig sports, and yet, I have blogged a whole bunch of blogs about why they are bad (tl;dr: it’s a scam). But my reasons for feeling this way do not come from a place of haughty, sneering condescension or the cheap stereotype that this dude imagines, given that he’s probably never spoken to an artist of any stripe in his entire life.

He is also wrong. Big chunks of the NEA budget, for example, go to arts education programs located far, far away from the liberal strongholds on both coasts, and have nothing to do with “entertainment.” But anyway, at this point in the column he just starts grabbing at any idea that pops into his head, as if he’d fallen asleep halfway through and then started over. Like:

Any industry that receives public money is nationalized and all Americans are socialists now. Sorry folks, I don’t make the rules. Also:

Much art today has liberal themes. I’m OK with that (I’m a social liberal), but taxpayers should not have to subsidize a political agenda.

Your, my, and this cat’s taxpayer dollars fund things we do not like or run contrary to one’s political bent. This is how a government functions, information that most of us absorbed after a single grade school social studies class. Finally:

Government should not use force to subsidize art. Government is force. If you think government doesn’t use coercion to subsidize the arts, try not paying your portion of the taxes being collected for that purpose. It won’t end well.

And now he’s gone full Sovereign Citizen. It’s true, though. One time, myself and a group of experimental theater collectivists performed stomping shakuhachi for hours until the armed agents from the Bureau of Alcohol, Tobacco, and Firearms stopped occupying our rehearsal space. It didn’t end well.

Instead, maybe our man here could rail against the proposed de facto giveaway by San Diego of 80 acres to developers who want to build a new soccer stadium in the hopes of luring an MLS team. That land, which a real estate development consultant called, “the most valuable land asset, public or private, in the city of San Diego right now,” and said the city would be “crazy,” if they agreed to certain conditions that would end up slashing the final cost to… $10,000. Luckily, it’ll go before a referendum. Maybe use your column inches to cover that. Given your whole “stadium funding is bad” thesis.

Oh right. His name. This blog was written by a gentleman who’s penned five articles to date, four of which rail against taxes in one way or another, and check this out, he’s the chairman of an anti-tax advocacy group called “San Diego Tax Fighters,” which would be a swell name for the new soccer team. His name is… Richard Rider.