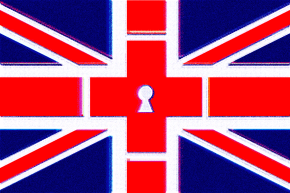 The U.K.’s National Health Service is under massive cyberattack, one of the largest of its kind in history.

A number of NHS institutions have been compromised by a widespread ransomware virus called Wannabe Decryptor, the NHS announced in a statement Friday. While no patient data is known to have been accessed, a number of medical networks, possibly including ones that directly affect patient care, are encrypted or locked until hospitals pay a bitcoin ransom.

London-based Health Service Journal, a prominent British trade magazine for the healthcare industry, has named at least 19 hospitals and other NHS organizations hit by the attack.

Ransomware attacks have been steadily increasing in recent years, and hospitals and other medical facilities are one of their largest and most devastating targets. It’s not uncommon for hospitals to simply pay the ransom, acknowledging that maintaining patient care and stopping revenue loss are much more important than shelling out a few hundred or thousand dollars.

Many of those vulnerabilities still exist today, and could have been exploited to install the Wannabe Decryptor, Hacker House cofounder Matthew Hickey told Vocativ.

“We didn’t release the technical data, but today’s attacks are unsurprising to us,” Hickey said. A number of recent exploits released onto the internet, including ones allegedly stolen from the U.S. National Security Agency and released by a mysterious group called Shadow Brokers, could have made short work of NHS systems, he said.

“These leaks and attacks can trivially be used by criminals to hack computers,” Hickey said. “Installing ransomware is an obvious next step.”

Cybersecurity researchers have discovered numerous strands of ransomware. While some have developed programs to remove individual strains, there’s no such easy solution for Wannabe Decryptor known. It’s unclear if the NHS will pay the ransom or try to seek a technical solution.