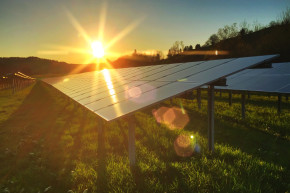 On August 21, a total solar eclipse will pass over the United States. It will be the first total eclipse visible from the continental United States since 1979, and much has changed in the world since the last time Americans got to see the moon completely block the sun. Perhaps no change is more relevant here than the fact the United States is now a significant part of the country’s power grid, especially in California.

According to an article in Greentech Media, the eclipse will likely cause a sudden energy shortage of about 6,000 megawatts, which is roughly what a city like Los Angeles needs to keep itself running. Besides that loss in available power, the moon blocking the sun will also cause solar plants to see their power outputs drop and later bounce back far more quickly than their systems are normally designed to handle. The problem will likely be most severe in California, which is home to half the country’s total solar power and gets about 10 percent of its power from the sun.

The Greentech Media article quotes Michael Picker, the president of the California Public Utilties Commission, at a recent event arguing the public ought to take some short-term steps to conserve power during the eclipse. “We can ask people not to charge their phones, not to turn on their washing machines,” he said. “We can ask them not to charge their [electric cars]. There are simple things we can do to power that hour and a half.”

Picker is looking to engage these conservation efforts on a local level, as part of a broader effort to engage people in responsible, community-based power management. However, the California Independent System Operator, which looks after about 80 percent of the state’s total output, is not planning to make such requests of consumers during the eclipse. The company is working to have hydropower and natural gas energy sources ready to go to make up for the gap in solar power.

Ultimately, as the article points out, solar power is already a consistently inconsistent energy source. It’s not like a solar grid can take on energy at night, for a start. The sudden, short-lived nature of the eclipse in the middle of the day means it’s a more extreme challenge, but there’s generally optimism that California and other solar-using states should be able to handle the challenges on August 21, even if this is uncharted territory.