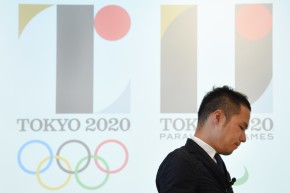 ‘Sustainable’ Olympics Maybe Not Actually So Sustainable
By Joe Lemire

The 2020 Olympics in Tokyo have already been plagued by massive cost overruns, a re-design of its centerpiece venue, accusations of plagiarism over its logo, questions from French investigators about a possible bribery payment, concerns about using a golf club with a male-only membership, and now allegations from activists that organizers are using timber from depleted tropical rainforests in construction.

The Rainforest Action Network says there is “evidence that the Japanese government is using tropical wood sourced from Shin Yang, a logging company in the State of Sarawak, Malaysia, with a record of human rights abuses, illegal logging, and rainforest destruction.” To combat this effort, RAN has submitted petitions with 140,000 signatures to Japanese embassies and staged protests both in Malaysia and at the Olympic Stadium site.

Mathias Rittgerott of Rainforest Rescue, said in a statement: “The Olympics is supposed to be all about ‘fair play’ and ‘the youth of the world coming together’. In reality the human rights of Sarawak’s indigenous people and the environment are being threatened by the Olympics. The use of tropical timber from Sarawak on Olympic construction sites is nothing to celebrate.”

Facing backlash about its quadrennial largesse, the International Olympics Committee has prioritized sustainability as a pillar of future Games and even declared it “a central concept in the Olympic Agenda 2020 initiative.” The Tokyo organizers have a detailed code for sustainably sourcing their timber. The second version of the flagship stadium blueprint—the one actually being built—includes a wooden lattice and its overall design is inspired by “traditional Japanese architecture,” per the Japan Times, which also noted that social media critics have noticed an unfortunate likeness in artist renderings and dubbed the building the “hamburger.”

The activists first noted their concerns in April—with photo documentation on the RAN website—about the use of Shin Yang wood from Sarawak, “where illegal logging is widespread and the destruction of forests is one of the most extreme cases in the world.” Bloomberg subsequently confirmed with the Japan Sports Council that Shin Yang wood was being used, although the spokesman said the timber in question met the organizing committee’s standards.

RAN, however, claims that the code used by organizers has a “loophole” in its policy that “exempts formwork plywood” used in molding concrete. Similarly, Annina Aeberli of The Bruno Manser Fund, a nonprofit dedicated to saving rainforests, told the Huffington Post that Olympic officials have made only “empty promises.” The destruction of the forests is not only bad environmentally, but also for the locals living there.

“The Japan Sport Council (JSC), who are overseeing the construction of the stadium, reported to the Tokyo 2020 Organizing Committee that the plywood in question has been certified by the Program for the Endorsement of Forest Certification, an international non-profit organization dedicated to promoting sustainable forest management,” the JSC said in a statement sent to HuffPost. “They further confirmed it is in compliance with the legal and sustainability aspects of the sourcing standards set by the Tokyo 2020 Organizing Committee.”

But the contention of RAN and others is that the committee is merely complying with the bare minimum of its own standards—and that seems paltry for a stadium chosen in part because of its lesser environmental footprint that will serve as the crown jewel of an Olympic Games touting sustainability.