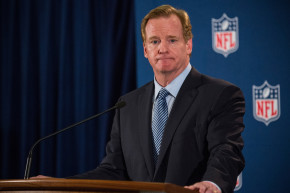 The union also brought up Deflategate because of course they did

The National Football League Players Association has jumped into the ongoing class-action lawsuit brought by over 1,800 former players, claiming that the NFL wilfully distributed addictive painkillers by the fistful while keeping them in the dark about the long-term negative health impacts.

On April 28, the NFLPA filed a grievance letter claiming that the league has violated the terms of the 2011 Collective Bargaining Agreement. Specifically, the NFLPA is alleging “the NFL and clubs have ‘disregarded … explicit CBA requirements as they apply to the proper, legal, medically ethical prescription, dispensing, and transportation of prescription painkillers,” a violation of Article 39, which covers proper medical treatment.

The non-injury grievance letter was made public on Monday by the NFL as part of its argument that a second painkiller lawsuit, filed by former Chicago Bears defensive end Richard Dent, should be dismissed, and citing the current CBA as a reason for doing so. (Dent v. National Football League, which makes similar claims as the larger suit, Evans et al v. Arizona Cardinals Football Club, LLC et al., was dismissed in 2014. The ongoing appeal is being heard by the same court that is adjudicating Evans, the Ninth Circuit Court of Appeals in San Francisco.)

The NFLPA jumped into the fray, according to the site Advocacy for Athletes, after the Washington Post and Deadspin got their hands on sealed court filings revealing that, for years, NFL team doctors failed to properly record the medications they were administering, individuals without a medical license such as team trainers were doling out painkillers and other controlled substances which required a prescription, and all while actively working to skirt DEA and Federal guidelines.

Further reporting by the Washington Post revealed a number of truly disturbing exchanges between NFL medical professionals and a DEA official charged with briefing them in 2011, including a team doctor who was confused as to why military planes are permitted to transport controlled substances across state lines and the NFL isn’t. “So [the team doctor] says, ‘The military is exempt? Well, think of our players as warriors every Sunday on the field of battle.’ I was stunned,” the shocked and baffled DEA official said.

The court filings were intended to be kept under seal, but thanks to a filing error, they were discovered by the Post. After the presiding judge made the documents public, the NFLPA issued a statement expressing concern on March 10. They then formally requested additional information from the NFL on three separate instances in April without receiving a response.

In the letter, the NFLPA lays out the instances of medical negligence that it claims violate the CBA, and paints a picture of a league which appears to be acting more like a criminal cartel. In one such instance, a Cincinnati Bengals trainer required a DEA certificate and emailed, “I need it for my records when the NFL ‘pill counters’ come to see if we are doing things right. Don’t worry, I’m pretty good at keeping them off the trail!”

“Having recently punished the New England Patriots to the tune of forfeiting first- and fourth-round draft picks plus a $1 million fine for alleged conduct relating to taking a tiny amount of air out of footballs, it is incomprehensible that the League has taken no action whatsoever against Clubs to redress and incentivize compliance with their Article 39 obligations towards the health and safety of NFL players.”

Dredging up that intractable and utterly pointless two-year-long fiasco may read like like a petty bit of trolling by the NFLPA, but they’re not wrong. The NFL is perfectly capable of taking swift action, sending the entirety of its hulking investigative apparatus into the fray, and assessing serious penalties, when it chooses to do so, demanding that union members relinquish a cell phone and pouring through ostensibly private communications in order to ascertain “the truth.”

To date, there is no record that teams have been fined or otherwise reprimanded for the rampant use of Vicodin and Toradol, substances that if properly regulated would mean the end of the NFL as we know it.