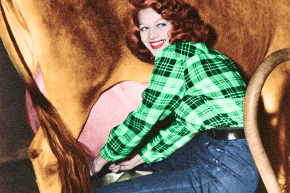 Fans are 840 times more likely to get ill, and raw products cause 95 percent of dairy-related sickness, report shows

Every year, about 750 people get sick because of contaminated dairy products, with a couple dozen of them ending up in hospital. And new research from the Centers for Disease Control and Prevention suggests almost all those people have something in common: They were drinking raw, unpasteurized milk.

The craze for natural and organic food has still only made some small headway in the dairy aisle. Only about 3.2 percent of milk consumed in the United States hasn’t been pasteurized — meaning it hasn’t been heated high enough to kill most microbes — while about 1.6 percent of American cheese is raw. But those numbers are still up from a decade ago, according to the CDC paper, and the number of states that allow the sale of raw dairy products has gone up from 21 to 30 states since 2004.

Raw milk proponents generally point to its better taste and a set of nebulous — and largely unconfirmed — health benefits. But the rebuttal has long been a straightforward one: Raw milk is one of the foods most vulnerable to microbial contamination if it’s not handled properly, making pasteurization a really, really good idea for anyone wanting to have some milk or cheese.

This latest CDC research offers the most concrete numbers on the increased risk raw milk consumers are taking on. Someone consuming raw milk or cheese is a whopping 840 times more likely to get sick than someone having their pasteurized counterparts, and the risk of hospitalization is 45 times greater. While milk can be home to a huge variety of microbes, the data examined by the researchers suggested more than 95 percent of the reported cases involved salmonella or the bacteria Campylobacter.

As the authors point out, bacteria can contaminate dairy products at so many different parts of the production process that there’s no easy way to make raw milk significantly safer. They suggest the most basic solution would be to boil the milk at the end of the process — but then that’s basically just pasteurization by another name, which they admit does defeat the whole purpose of keeping the milk natural and raw in the first place. But then the hugely increased risk of bacterial infections like salmonella and campylobacteriosis would also seem to cancel out whatever health benefits unpasteurized milk is meant to provide. All that’s a lot of risk to take on just for a better-tasting glass of milk.