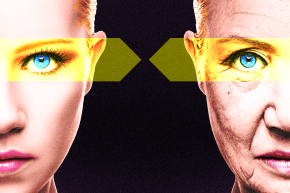 Kids Will Die Younger Than Their Parents In Some Parts Of U.S.
By Ed Cara

Kids Will Die Younger Than Their Parents In Some Parts Of U.S.

The gulf between the haves and have-nots isn’t just felt in our bank accounts, but in the remaining grains of sand left in our hourglass. Put simply, the well-off tend to live longer than those less fortunate, which is not a surprise. But a new study published Monday in JAMA Internal Medicine reveals that this lifespan gap has only gotten larger over time.

Researchers, using several sources of nationally-collected data, estimated the average life expectancy of Americans born from 1980 to 2014, county by county. Overall, people’s expected lifespan had increased to 79.1 years, but there was a dramatic, worsening difference between the shortest- and longest-living areas of the country. More than 20 years separated the people born in the absolute bottom and top rung of life expectancy in 2014, the sort of gap seen when comparing the U.S. to the poorest, most war-torn countries in the world. Worse still, children born in at least 13 counties were expected to live shorter lives than their parents would have in 1980.

“These findings demonstrate an urgent imperative, that policy changes at all levels are gravely needed to reduce inequality in the health of Americans,” said study author Ali Mokdad of the University of Washington in a statement.

The states featuring some of the lowest life expectancies included many along the lower half of the Mississippi, as well as Kentucky, West Virginia, and the Dakotas. Colorado and California meanwhile had some of the highest. The researchers noted the lifespan gaps they saw were even higher than what was seen in other studies, a difference that might be explained by the more specific data they relied on.

The reasons for the lifespan gap are plentiful, they further found, ranging from disparities in obesity and smoking rates to socioeconomic factors like race, education, and income. In many cases, though, these explanations are interwoven with one another. Put together, they accounted for nearly three-fourths of the inequality seen between counties.

On the bright side, the gap wasn’t seen among the young, meaning infants and children weren’t less or more likely to die depending on where they lived. That likely reflects the resources poured into securing children’s health care. Because of that, the researchers are hopeful we can meaningfully bridge the gap in other age groups too, without necessarily having to pick and choose between addressing socioeconomic inequality and specific behaviors like smoking.

It may be the case that creating “policies that target inequalities in health may also in the long run be effective mechanisms for addressing inequalities in socioeconomic status as well,” they wrote.