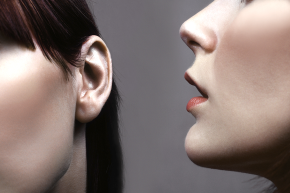 Can This Startup Make A Drug To Give You Back Lost Hearing?
By Alexandra Ossola

Can This Startup Make A Drug To Give You Back Lost Hearing?

Some 38 million America adults have trouble hearing, whether they went to a few too many rock concerts or are simply getting old. For such a widespread problem, however, the options aren’t great. Eighty percent of adults eligible to use clunky hearing aids don’t wear them. Surgically-placed cochlear implants, on the other hand, are invasive and expensive.

This is why a company called Frequency Therapeutics is developing a simple new way to restore hearing: by simply repairing parts of the ear that no longer work properly.

There are lots of ways that the ear can become damaged and stop transmitting sound properly. But one of the most vulnerable parts are tiny, delicate hairs inside and outside the cochlea, a tube-like cavity shaped like a snail’s shell in the inner ear. Most people only have 70 percent of these hairs left by age 70, and they never regrow after a person is born.

Frequency Therapeutics is aiming to restore hearing by using chemical compounds to stimulate a particular cellular pathway that would cause hairs to regrow in the inner ear. The company has put together combination of small molecules they’re calling Progenitor Cell Activation to do so.

“What we’re figuring out is how to modulate various small molecules to interact with cells to create a temporary effect. That’s key,” says David Lucchino, CEO of Frequency Therapeutics. The drug won’t totally fundamentally change the cells, but it will push their development in a way that will regrow hair in the cochlea. In its final form, the drug would be injected deep into the ear.

At least, that’s what they’re trying to do—regenerating cochlear hairs never been shown to work in humans. There have been a few clinical trials that have evaluated similar techniques with the same goal of regenerating or protecting hair cells in the inner ear. Drug company Novartis tested a similar technique, which relies on genetic manipulation to tell other cells to grow into hair cells, and has so far not reported any positive results; startup Auris is launching one of its own for a drug intended to stop hair cells from being destroyed.

But Frequency’s leaders have reason to think their technique might work. Research has shown that animals like birds, fish, and frogs naturally regenerate hair cells once they are damaged, so scientists suspect that they may be able to unlock a molecular pathway that could do the same in human ears, too. To look for the chemical that may unlock it, researchers studied the cells in the human body that regenerate the most quickly, those in the stomach lining. That research provided the foundation for Frequency’s work, to discover chemical compounds that could help regenerate hair cells in the ear.

Frequency’s researchers published a paper about their scientific approach in the journal Cell Reports in February and say they have another paper coming out later this year. And the business is progressing—they currently have 16 employees and in April secured $32 million in funding, and they hope to start clinical trials in the next 12 to 18 months.

The biggest hurdles moving forward, Lucchino says, are ones they haven’t thought of yet. “There currently is no drug on the market for restoring hearing. That in itself provides a challenge,” he said.

Mark A. Parker, a hearing loss researcher at the Tufts University School of Medicine who is not affiliated with the company, applauds the private venture capital funding for advancing hearing technology, rather than the traditional model of getting grants from the federal government. He said the company still likely has plenty of questions to work out, such as whether it is safe and what kinds of patients would benefit.

Parker also noted there are other companies and researchers working on similar ideas to build a drug to restore hearing. “I think the more people that invest in this, the more companies that invest in it, the better off we will be as humanity,” he said. For now, though, he’s not telling patients to hold off on hearing aids yet.