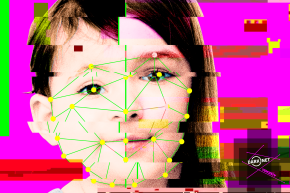 Tens of thousands of Chinese children are kidnapped every year, but artificial intelligence is helping families reunite

When Fu Gui was six, he was abducted on his way home from school in Chongqing, China. He was then trafficked to Quznahou, about 1,000 miles away, where he was sold to foster parents. Now, 27 years after he was taken from his family, he has been reunited with them. And it’s all thanks to the latest cross-age facial recognition technology from Chinese tech giant Baidu.

Some experts believe that as many as 70,000 Chinese children — mostly boys — are kidnapped every year. The Chinese government puts the estimate closer to 10,000 and the United States government estimates 20,000. These children are usually sold to foster parents or people who use them for slave labor or prostitution.

Baobeihuiji (or Baby Back Home) is a non-governmental group dedicated to reconnecting lost children with their parents. Families and abductees can post photos and information to the site and the organization publicizes the information and tries to connect both parties. In 2013, the program announced it would start using facial recognition technology to improve their service.

Their new app allowed people to upload photos of children, which could be cross-referenced with a missing persons database. If there is a match, the family is alerted. According to the advertising agency behind the app, JWT, the service connected two children with their families within a week of the launch.

But the facial recognition technology could only match faces if the two pictures were taken at around the same age. So it was helpful if, for instance, someone snapped a photo of a child beggar who had recently been kidnapped, and uploaded it to the app. Baobeihuiji still relied heavily on volunteers who personally searched for photos that looked similar. However, last March, Baidu, China’s largest search engine company offered Baobeihuiji its new cross-age facial recognition technology, which is 99.77 percent accurate, according to the company.

“Back then, the organization still largely relied on traditional, manual efforts, cross-checking online postings and leveraging their volunteers network,” a Baidu spokesperson told Vocativ. “They also craved for a better way to find people faster and more efficiently, so it didn’t take long before we started collaborating efforts as we share the same goal.”

Baobeihuiji gladly welcomed the robotic assistance. “Having Baidu’s AI technology in place for this project will be of great help to support China’s crackdown on human trafficking, through an innovative approach,” Baobeihuiji founder Baoyan Zhang said in a statement. “We believe with Baidu’s help a lot of people will be able to connect with their families sooner.”

Baidu first piloted this technology last November in the tourist town of Wuzhen, then later at the Southern China tourist attraction Mount Wuyi. At these locations, facial recognition devices scan visitors’ faces so they don’t have to present tickets or identification. The company plans to eventually install this same technology at security gates, airports, and train stations across the country.

But the internet juggernaut also aimed to create humanitarian applications for this software. “Baidu wants to use AI technology to improve people’s lives,” the spokesperson said. “As our face recognition technology gets better and more accurate… we want it to help people and generate a broader social impact, and face recognition could be of great value in finding missing people.”

In 2009, nearly two decades after Gui was kidnapped after school, he uploaded the earliest photo he had of himself, taken when he was 10, adding it to the database of tens of thousands of images. In January of this year, Gui’s father uploaded a photo of Gui when he was 4.

Since Baobeihuiji began using Baidu’s AI a couple of months ago, they have found a few matches. So far one has been verified by a DNA test — Gui’s. Baidu arranged a meeting between Gui and his biological family, but Gui was suddenly hospitalized. Instead their first reunion took place over video conference on April 8. Gui’s birth mother was overcome with emotion when she saw her son’s adult face on a phone screen. The family later visited him at the hospital.

Baidu has been working on facial recognition AI for six years and will no doubt continue to find ways to use the technology for security and surveillance. But the company says it is committed to using it for other altruistic causes. “Technology is always first used in places where there is a demanding need for it, and then applied to more scenarios as more people begin to understand and see the value of it,” the company spokesperson said. “Baidu will use this technology to help more organizations or industries as we see more use cases of great social value.”