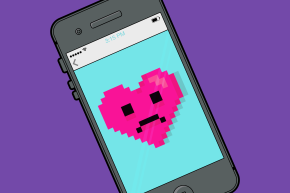 Dozens of apps promise to let you track your heartbeat at home using just your smartphone — but a new study warns that they can be wildly inaccurate.

“Heart rate apps come installed on many smartphones, and once people see them it is human nature to use them and compare their results with others,” said co-author and cardiologist Christophe Wyss of Switzerland’s Heart Clinic in a press release. “The problem is that there is no law requiring validation of these apps, and therefore no way for consumers to know if the results are accurate.”

The researchers had 108 participants use four heart rate apps available for download in the iTunes app store: Instant Heart Rate, Heart Fitness, Whats My Heart Rate, and Cardiio. The first two have users place their fingertip on their smartphone’s built-in camera for what’s known as contact photoplethysmography — the idea being that the camera’s flash can reflect blood cells. The latter two have users hold the camera in front of their faces, with the similar approach of detecting blood cells, for non-contact photoplethysmography. For comparison, the researchers also had participants’ heart rates tested by electrocardiogram (ECG), which uses electrodes placed on the chest.

The study, published in the journal the European Journal of Preventive Cardiology, found a high degree of inaccuracy and variability between the apps. In over 20 percent of app measurements, there were discrepancies of more than 20 beats per minute compared to the ECG. The two contact apps were generally more accurate than the non-contact apps, but even they showed significant discrepancy. One had comparable accuracy to the ECG, but the other did not. That is despite the apps using the same fundamental technology — Wyss says the algorithms used by the apps are likely to blame. “It means that just because the underlying technology works in one app doesn’t mean it works in another one and we can’t assume that all contact heart rate apps are accurate,” he said.

For some casual users, it’s possible that these inaccuracies will be pretty inconsequential. But when people rely on these apps to seriously track their health or detect potential problems, particularly instead of getting professional medical care, the ramifications are potentially very serious. Wyss warns, “Consumers and interpreting physicians need to be aware that the differences between apps are huge, and there are no criteria to assess them.”