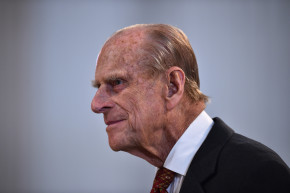 Prince Philip To Step Down From Official Royal Duties

The 95-year-old Duke of Edinburgh, who is a member of over 780 organizations, will retire later this year

The 95-year-old Prince Philip, husband of Queen Elizabeth II and notoriously gaffe-prone, will retire from his royal position in the fall, said a statement issued Thursday by Buckingham Palace.

“His Royal Highness The Duke of Edinburgh has decided that he will no longer carry out public engagements from the autumn of this year. In taking this decision, The Duke has the full support of The Queen,” the statement read. “Her Majesty will continue to carry out a full programme of official engagements with the support of members of the Royal Family.”

Speculation raged on social media after a 3am emergency meeting was called by the Queen’s most senior aides at Buckingham Palace, with many assuming that the nonagenarian had died or become ill. The Palace told press on Thursday morning Prince Philip and Queen Elizabeth were both alive and well.

In the nearly 70 years he has been married to Queen Elizabeth, Philip became renowned for embarrassing public statements tinged with racism and chauvinism, sending the Palace into a frenzied rush to apologize for any offenses caused.

In 2002, while touring a factory near Edinburgh, Philip said a fuse box was so crude it “looked as though it had been put in by an Indian.” He once asked a female Sea Cadet what she did for a living, and after being told that she worked in a nightclub, the Duke asked: “Is it a strip club?”

In 2011, Philip defended a remark made during a trip to China in 1986 in which he said, “If you stay here much longer you’ll all be slitty-eyed.”

“The Chinese weren’t worried about it, so why should anyone else?” Philip remarked in a documentary film for the occasion of his 90th birthday.