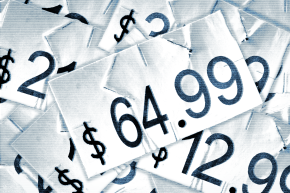 Is Amazon Price Gouging You? This Browser Extension Will Tell You
By Janus Kopfstein

Is Amazon Price Gouging You? This Browser Extension Will Tell You

In the past, researchers have shown commerce sites show different prices for their wares depending on who is browsing. What is less clear, since it is so difficult to detect, is how widespread the practice is.

But the hidden “black box” algorithms that make pricing determinations are being pushed into the light, thanks to a browser extension that detects when the price you see on Amazon and other sites might be altered.

The Chrome extension is the result of a project by members of Volunteer Science, a “citizen science” platform that connects networks of volunteers. They took findings from a 2014 study that showed how various sites’ algorithms change prices depending on the user’s location and whether they’re logged in, as well as other factors. Volunteer Science then reverse-engineered the automated pricing systems of sites like Amazon, Priceline, and and Google Flights, which in theory are kept completely hidden from the public.

When users search on those sites, the extension tells a remote server to run the same search on a “clean” browser and compares the prices shown to the user with the results given to the server. Users can also opt to volunteer their own data while using the extension, helping the system learn patterns to better determine what factors affect how and when Amazon and other sites modify their prices.

“We expect the internet to look the same for us as it does for everybody else, but that’s just not the case,” Jason Radford, the head of the project, told Discover Magazine. “We’ve developed a way to detect when different consumers see different things, but we don’t know which consumers it happens to most often, or if it’s unfair in any way.”

In an email sent to Vocativ, an Amazon spokesperson denied that the company adjusts pricing in this way. “Dynamic pricing … does not happen on Amazon,” the spokesperson said. “Our product prices are the same for all customers.”

The project is a notable move in the fight for algorithmic transparency, which machine learning experts and ethics enthusiasts emphasize that artificial intelligence systems should make decisions fairly. The problem is well-known among machine learning researchers, who have repeatedly highlighted how human bias infects decision-making algorithms, reflecting and amplifying harmful stereotypes in automated systems now used in everything from hiring and firing employees to prison sentencing.

Update: Friday, May 5, 2017: This article was updated to clarify that the 2014 study found algorithmic pricing adjustments in various sites, and to include a comment from an Amazon spokesperson.

Correction: Friday, May 5, 2017: This article was corrected to refer to a study by Spanish researchers, not by Brandeis University researchers, and provided additional detail about it. This lede of the article was changed because it originally overstated how prevalent the practice of price discrimination is known to be.