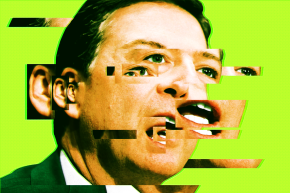 FBI Director: Criminal Use Of Encryption Is Skyrocketing
By Kevin Collier

FBI Director: Criminal Use Of Encryption Is Skyrocketing

The FBI says almost half of its investigations are now impeded by suspects using phones or computers with encryption.

It’s the latest escalation in a tough issue with no clear resolution: how should the FBI should deal with privacy-protecting consumer encryption — a technology that’s almost impossible to regulate or prohibit — when criminals can also use it to impede investigations?

“The shadow created by the problem we call ‘going dark’ continues to fall across more and more of our work,” FBI Director James Comey told the Senate Judiciary Committee in testimony Wednesday.

That’s an apparent jump from previous FBI figures. In November, the FBI told Vocativ that over the previous 10 month period, it had tried to unlock 6,814 phones, both for its own and local and state police investigations. Of the 2,095 that actually had passcodes enabled, it was unable to get into 885 different phones, or about 42%.

The agency has famously struggled with smartphone security in the past. Notably, after an ISIS-inspired couple murdered 14 people in San Bernardino, California, in 2015, the FBI tried to legally compel Apple to create a fake update for an iPhone to break in and gather its contents as evidence. Apple staunchly resisted — CEO Tim Cook said the request was “the software equivalent of cancer” and would set a devastating legal precedent — before the FBI found a third-party company that it could hire to hack that particular phone.

And encryption has boomed in popularity in recent months. Both iPhones and Android devices are encrypted if their owner creates a passcode or fingerprint to open it. A number of popular messaging apps, including WhatsApp and iMessage, adopted strong end-to-end encryption in 2016, meaning those devices’ manufacturers don’t possess a means to unlock the user’s message. And Signal, widely regarded by cybersecurity experts as the best user-friendly encrypted messaging service, has seen its downloads soar.

It’s unclear what, if anything, Comey wants to change, however. Previous draft bills in Congress that would aim to outlaw encryption have been resoundingly mocked by technologists and never went before a vote, and many experts say such a bill would be an attempt to “ban math.”

Cryptography experts resoundingly agree that asking companies like Apple to build “backdoors” into an encrypted program — a secret hack for law enforcement to be able to circumvent it — would invariably open the door for hackers and malicious government actors. Comey did stress, however, that he wasn’t pushing for backdoors.

“We all love privacy,” he said in the hearing, responding to Senator Orin Hatch (R-Utah). “We all care about public safety. And none of — at least people that I hang around with, none of us want backdoors. We don’t want access to devices built-in in some way.”

He did, however, admit it was difficult to come to such a solution. “I don’t know where they’re going to end up, frankly,” he said.