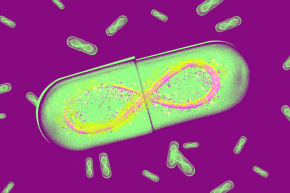 Exercise In A Pill? Scientists Have Evidence It Could Happen Someday
By Ed Cara

Exercise In A Pill? Scientists Have Evidence It Could Happen Someday

High on the wish list of technological marvels, right behind guilt-free meat and hoverboards, is a way to avoid exercise entirely and still keep yourself healthy.

Amazingly, at least according to a new study published Wednesday in Cell Metabolism, such a thing may not be so far-fetched after all.

Researchers from the California-based Salk Institute used mice to learn how they could coax the body to produce more of a protein called peroxisome proliferator-activated receptor delta, or PPARD. Their earlier work had found that mice genetically altered to constantly pump out PPARD resembled those who regularly exercised: They could run longer, avoid weight gain, and use insulin more effectively.

This time around, the researchers enlisted normal mice raised to be sedentary coach potatoes. They dosed them with a chemical compound known to increase PPARD levels for eight weeks, and found they could get the same gym rat effect, without the need for exercise. The findings were also a bit of a redemption for the team — earlier research of theirs that used a lower dose of the chemical for a shorter time failed to get the same tantalizing results.

Compared to a group of untouched mice, the chemically-boosted mice were able to run on average 70 percent longer before becoming fully exhausted, from 160 minutes to 270 minutes.

“Exercise activates PPARD, but we’re showing that you can do the same thing without mechanical training,” said lead author Weiwei Fan, a research associate at the Institute, in a statement. “It means you can improve endurance to the equivalent level as someone in training, without all of the physical effort.”

More intriguing, from the researchers’ perspective, is how PPARD seems to boost the mice’s endurance. It triggered genes that regulated when they burned their stores of fat, as expected, but it also suppressed other genes that urged their muscles to use glucose, their main source of energy. Presuming these same effects would translate over to people, the researchers noted, that suggests PPARD tells our muscles to avoid using glucose for the sake of keeping our brain fueled. And that then forces our muscles to switch to its secondary fuel of fat, allowing us to run longer.

Another study also published in Cell Metabolism this month found that PPARD’s influence on our fitness could go even deeper.

They found that PPARD seems to help the body maintain its level of mitochondria in skeletal muscle cells, as well as increase mitochondria following exercise. Mitochondria are considered the powerhouses of the cell, since they break down nutrients to provide fuel. Our body produces fewer mitochondria as we age, scientists have found, which could help explain why people become less active as they reach middle age.

Right now, the dream of using a pill to exercise is still just that, and no single study, especially one involving mice, should raise our hopes all too much. But human trials of drugs that increase PPARD are a likely reality in the near future, the Salk researchers said. Their chemical booster could theoretically be used to help people with chronic conditions like obesity and type-2 diabetes better burn fat, for instance.