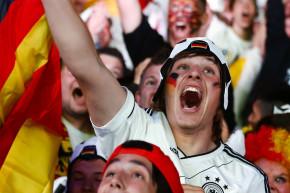 That's earlier than currently permitted — but just follow the money

FIFA recently returned to its increasingly customary place in unflattering headlines when a top official pleaded guilty to bribery charges stemming from the ongoing corruption scandal, but make no mistake that money continues to buy influence at soccer’s global body in a very overt way.

As a result of this recent crisis, FIFA has reportedly lost £700 million (about $904 million) in the past two years. New sponsors are rare, but FIFA has landed two notable ones — one with a major Chinese real-estate developer, the Wanda Group, and the other with Hisense, a consumer electronics company in China. See the commonality?

FIFA is reeling from its scandal fallout, leading soccer sponsorship expert Dan Plumley, of Sheffield Hallam University, to tell The Sun: “The Fifa brand has become toxic.” Simultaneously, China has a stated intention of becoming an elite soccer country by 2050 and has spent like mad to lure players to its top domestic pro league. As English sports business professor Simon Chadwick wrote in the Asia Times, the Chinese sponsorship spending has the dual goals “to create a degree of financial dependence and to establish some control over decision-making networks.”

World Cup hosting rules have, to date, required a rotation so that no continent can host the tournament more than once every 12 years. Because Qatar is hosting in 2022, FIFA was bound not to award the Cup to China until 2034. That’s a problem, however, because the recent soulless cash grab expansion of the tournament to 48 countries has increased the requisite hosting logistics considerably, and that rich Wanda sponsorship expires in 2030.

Ergo, FIFA decided this week to propose a rule amendment “if circumstances so require,” allowing continents to host the World Cup every eight years. One doesn’t need to be an expert reader of tea leaves, 8-balls, or Ouija boards to see what’s happening here. Sure, South America will no doubt bid for the 2030 Cup — the first Cup, a century earlier in 1930, was held in Uruguay — but FIFA wants to be able hand the 2030 World Cup to China, the lone country pouring gobs of new yuan into its coffers.

There remain lingering questions about China’s competitiveness on the world stage — and for all of Asia, for that matter. China lost to Syria in a match last year, prompting civil unrest demanding the resignation of the soccer association president, and one wonders how swiftly its investment in the sport will pay dividends.

In the proposed Cup expansion format, Asia will double its entrants from four to eight, yet talent-rich South America will only nudge forward from four to six guaranteed spots. This is notable because South American countries rank 1-2-4-5 in the world (Brazil, Argentina, Chile, and Colombia) as well as three more (Uruguay, Peru, and Ecuador) in the top 25. Not until No. 28 does an Asian country, Iran, appear in the world rankings. All 10 South American teams rank ahead of China at No. 81. Granted, there are a lot more countries and teams in Asia, but this clearly isn’t a meritocracy, either.

One shouldn’t expect World Cup allocation to be any different. FIFA, one can safely bet, will appease the sponsors stocking its bank account above all other considerations.