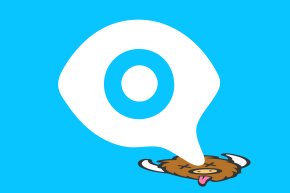 College kids loved the anonymous messaging app, but trolls won in the end. Can Covert.ly do better?

Yik Yak, the anonymous geography-based messaging app that made your college-aged sibling cry a few years ago, died an ignoble death last week when the company’s remaining engineers and intellectual property were bought by the company Square for $1 million.

It’s hard to view this as anything other than an unmitigated disaster for founders Tyler Droll and Brooks Buffington. Yik Yak was once valued at close to $400 million and envied for its huge user base of college students, who made the app popular on university campuses. But as happens with many anonymous communications platforms, Yik Yak was quickly overrun by bullies, hate speech, and doxxing, and Yik Yak’s meteoric rise was followed by an equally dramatic collapse.

But if you’re looking for a new place to peer into the id of 20-year-olds, the app Covert.ly is now making an aggressive push to attract Yik Yak’s former users with an app that, at the moment, is more or less the same thing. After launching in October, downloads for Covert.ly skyrocketed on Saturday and over the weekend. According to a screenshot of Covert.ly’s App Annie metrics provided by the company, it moved from a rank below 1,000 to 123 on the iOS app store’s U.S.-social networking category by Monday morning.

“I really think that we’re only at the beginning,” said co-founder and president Sachet Gagwani. “We’ve just started the platform, but we have a lot of things we are going to add from this point on.”

Yik Yak launched in the fall of 2013 and quickly became popular. Because the anonymous feed was locked to a small radius, college kids were able to communicate openly with just each other about the trials and tribulations of campus life.

But the app quickly went from famous to infamous. Bullies and trolls used it to spread rumors about students, prompting some colleges to ban it. Yik Yak had to block high schools and junior highs from using it after bomb threats were posted. By February 2014, the app’s growth was flatlining. The company has been shedding employees for the last year, telegraphing that the end was near, and Bloomberg reported last week that its daily active users was down to 57,000.

Gagwani believes Covert.ly can succeed where Yik Yak failed by continuing to add features, something Yik Yak failed to do while it was responding to various controversies. Covert.ly has the option to make anonymous video “stories” similar to Instagram and Snapchat. It also allows you to adjust the radius of messages you see to up to 1,000 miles; Yik Yak was reportedly locked at a number determined by population density in the user’s area.

To help get its new users engaged, the app sent some cheeky push alerts over the weekend claiming victory over its previous competitor, which Gagwani says was all in good fun though doesn’t bode well for minimizing any future troll problems:

The bluster may help the app get some attention in the near-term, but a number of anonymous communication apps have come and gone during Yik Yak’s lifetime–Yeti, Whisper, Secret. Covert.ly could easily face the same headwinds.