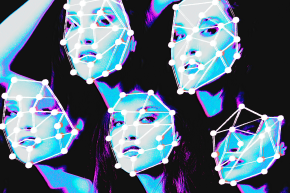 A Programmer Stole Thousands Of Tinder Photos In Name Of Research

Many downloaded the data, containing 40,000 photos, before the dating app had it removed

Some go on Tinder to find their soul mate, but others go on the dating app to steal thousands of selfies for research purposes. A hacker recently scraped 40,000 photos from the site to advance artificial intelligence research.

The photo set was titled “People of Tinder” and contained photos of both men and women. It was created by a programmer who was apparently disappointed by previous facial datasets he’s worked with in the past. Once he was able to scrape 20,000 photos of each gender, he uploaded the data sets to Kaggle, a platform for machine learning, and put his code on the open-source platform GitHub.

“The datasets tend to be extremely strict in their structure, and are usually too small,” Stuart Colianni wrote on GitHub about his photo set. “Tinder gives you access to thousands of people within miles of you. Why not leverage Tinder to build a better, larger facial dataset?”

The problem with “leveraging Tinder” is that Colianni not only violated users’ privacy, but he also violated Tinder’s Terms of Service. Kaggle removed “People of Tinder” from its servers after Tinder sent in a direct request. However, it had already been downloaded more than 300 times, and it’s unclear how those people are using the dataset.

“We take the security and privacy of our users seriously and have tools and systems in place to uphold the integrity of our platform,” a Tinder spokesperson told Vocativ. “We are always working to improve the Tinder experience and continue to implement measure against the automated use of our API, which includes steps to deter and prevent scraping.”

One problem with scraping photos from apps like Tinder and OkCupid and making them available on the web is that strangers can use them to catfish others — the act of posing as a person to lure another. Internet strangers can also reverse search nameless photos and potentially find who they belong to as well.

Colianni mentioned plans to keep using the data set with Google’s TensorFlow’s Inception, to train algorithms to distinguish between men and women, but Tinder is already trying to stop him from using its users’ data.

“This person has violated our Terms of Service (Sec. 11) and we are taking appropriate action and investigating further,” Tinder’s spokesperson said.

Section 11 of Tinder’s Terms of Service prohibits anyone using the app from using “any robot, spider, site search/retrieval application, or other manual or automatic device or process to retrieve, index, “data mine,” or in any way reproduce or circumvent the navigational structure or presentation of the Service of its contents.”