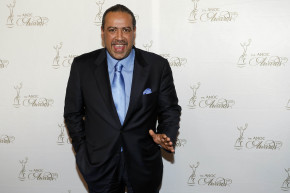 The Department of Justice-led investigation into FIFA corruption — which outwardly appeared dormant until last week’s admission by Asian confederation soccer official Richard Lai that he accepted nearly $1 million in bribes — has toppled another power broker.

Though not charged or even explicitly named, Sheikh Ahmed Al-Fahad Al-Ahmed Al-Sabah was the obvious identity in Lai’s indictment, described like this: “[C]o-conspirator #2 was a high-ranking official of FIFA, the Kuwait Football Association (KFA) and the Olympic Council of Asia (OCA),” with reference to his later election to the FIFA Executive Committee. In the indictment were allegations that Sheikh Ahmad participated in the bribery scheme to which Lai has confessed.

Sheikh Ahmad released an immediate statement saying he “was very surprised by such allegations and strongly denies wrongdoing” and that “he will vigorously defend his integrity and reputation and that of any organization that he represents in any relevant legal review.” A day later, while reiterating his innocence, he nevertheless resigned from all his positions in global soccer, saying, “I do not want these allegations to create divisions or distract attention from the upcoming AFC and FIFA Congresses.” Sheikh Ahmad added that he “will continue to support the family of football once these allegations have been disproved.”

Nearly every article mentioning Sheikh Ahmad refers to the fact that he is “virtually unknown internationally” yet nonetheless is “one of the most powerful sports officials in the world” of whom “you’ve probably never heard” because “he is a man who operates in the shadows.”

Interestingly, Sheikh Ahmad’s tentacles of power also extend from global soccer into the Olympic arena. He’s been on the Olympic Council of Asia since 1991 and is also a member of the International Olympic Committee; he has been described as “instrumental” in the election of IOC president Thomas Bach in 2013 and a “kingmaker” in Olympic elections. The IOC said in a statement that Sheikh Ahmad had “put himself at their disposal.”

“And even though it is not related to any IOC matter he has also informed the IOC Chief Ethics and Compliance officer,” Mark Adams, spokesman for IOC President Thomas Bach, told the AP.

To illustrate Sheikh Ahmad’s global sporting influence, a Bloomberg sports reporter shared these photos of him with both Bach and FIFA president Gianni Infantino.

Infantino said in a statement: “I have taken note of the decision of Sheikh Ahmad Al-Fahad Al-Sabah. I want to thank him for taking this decision which certainly was not easy to take but is in the best interest for FIFA.”

Big scalp for US DOJ to take down Sheikh Ahmad from FIFA. Also hugely powerful in IOC. Now we'll see if he gets prosecuted. https://t.co/TU4uoDwQie

If Sheikh Ahmad is prosecuted, FIFA won’t be the only global sporting organization that could be affected.