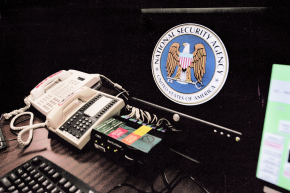 The National Security Agency is set to halt one of its most controversial practices: the ability to track and read any email or text, from an American to someone overseas, provided it mentions an NSA target overseas.

Instead, it will only track direct communications with that target, the agency said in a statement. And it “will delete the vast majority” of data already collected in such operations.

The policy change answers a riddle posed by a recent annual review by the Administrative Office of the Courts, which tracks the secretive Foreign Intelligence Surveillance Court, the body that approves court orders for programs like the one the NSA is discontinuing. As some analysts noted at the time, the report indicated the FISC didn’t actually approve the NSA’s so-called Section 702 applications, the legal justification for that program, in 2016, prompting questions of whether the program had been discontinued.

On Friday, the NSA confirmed that indeed it had. The reason for the change, the NSA wrote, stems from “inadvertent compliance lapses” that the NSA discovered after an internal audit, which it says it reported to both the FISC and to Congress, as is legally required.

“The NSA should never have been vacuuming up all of these communications, many of which involved Americans, without a warrant,” Michelle Richardson, deputy director of the Freedom, Security, and Technology Project at the Center for Democracy and Technology, said in an emailed statement. “While we welcome the voluntary stopping of this practice, it’s clear that Section 702 must be reformed so that the government cannot collect this information in the future.”

“While the NSA’s policy change will curb some of the most egregious abuses under the statute, it is at best a partial fix,” wrote Neema Singh Guliani, American Civil Liberties Union legislative counsel. “Congress should take steps to ensure such practices are never resurrected and end policies that permit broad, warrantless surveillance under Section 702.

The FISA Amendments Act, the basis of the FISC, is designed to periodically expires. It will require congressional reauthorization in December.