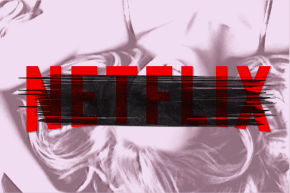 The series, co-produced by Rashida Jones, allegedly exploits female sex workers, even as it purports to empower them, groups say

Gia Paige, who is featured in several scenes in the new series, alleges that producers promised to exclude her from the documentary, as she previously told Vocativ. The series also reveals her legal first name. At least three additional performers allege that the series uses publicly available footage of them without their consent.

Netflix and the series’ directors and producers have not responded to Vocativ’s repeated requests for comment.

“We ask Netflix and the producers of Hot Girls Wanted: Turned On to immediately pause the distribution of this series before more damage is done,” wrote Free Speech Coalition in a letter sent to Netflix and the series’ producers and directors. “If your intentions are honorable, performers featured should be able to consent to having their image used, or legal names exposed.”

The letter continues: “It is ironic — and disturbing — that a mainstream series which purports to address workplace ethics among adult film performers and focus on issues of empowerment appears to exploit them for its own gain.” The group further argues that the film may have made the lives of the featured sex workers less safe by making them more visible “without regard to how that might affect these performers.”