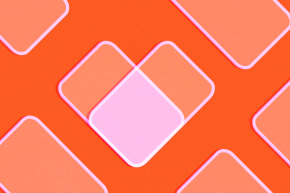 Dating App Lets You Flirt With Coworkers On Slack

Ah Slack, a wonderful place to swap gifs, procrastinate with your colleagues, and, now, create an utter nightmare for H.R. That’s because the dating app Feeld has introduced a Slack bot that connects mutually attracted coworkers.

“It is another social experiment from us, we are curious about how companies from around the world will respond to it,” write Feeld’s founders in a Medium post. “Some might argue that it’s a risky move to install such a bot (and behavior) at the work place, yet we think it has the potential to make the work place more human.”

Here’s how it works: You tell the bot who you’re crushing on in your employer-sponsored Slack channel. Feeld promises to keep the information private unless said crush tells the bot that he or she is into you. If there’s a mutual crush, it notifies you both and then, well, trips to the water cooler get even more awkward. That or you fall madly in love and drive the rest of your coworkers nuts.

There’s a catch, though: only one of the administrators of your company Slack channel can add the bot. In other words, a higher up has to actually encourage this kind of digital fraternizing. If you have an employer who thinks it’s a cool idea to turn Slack into a dating app, chances are your workplace environment is already pretty toxic — but the bot itself seems guaranteed to only make things worse.

Feeld does, at least, make a point of encouraging users to recognize consent, respect people’s boundaries — or, in their words, “don’t be a D” — and avoid “discrimination, intimidation, or marginalisation of any kind.” But then it also says things like, “When someone doesn’t like something, it’s fine, don’t worry about it.” Um, OK.

The company understands that this bot violates every tenet of workplace professionalism and, basically, doesn’t care. “We have predefined frameworks of love, work and how we should behave according to company guide books, religious beliefs or governmental bills,” the founders write. “All of us at Feeld question the norms and define our own more human, more real way of existing in the world.”

Next up, perhaps, they should make a bot to help H.R. deal with their booming workload.