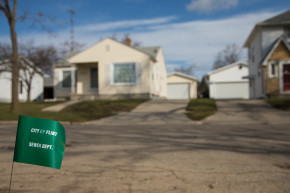 More than a third of cases since 1999 may have been missed by the CDC, a new study shows

We know now that the plight of Flint, Michigan, which saw its children poisoned via a lead-contaminated water supply starting in 2014, is hardly unique within the United States. Thousands of towns and communities across the country have since been publicized to have a greater percentage of children with dangerous lead levels than what led the federal government to declare a state of emergency in Flint.

A new study published Thursday in Pediatrics, however, may prove even more damning in showing our inability to safeguard kids from the toxic metal.

Researchers studied more than a decade’s worth of data from the National Health and Nutrition Examination Survey, or NHANES, which combines comprehensive interviews and physical check-ups to understand children and adults’ overall health. Because the NHANES screens a representative slice of Americans throughout the country, not simply those fortunate enough to have visited a doctor recently, the researchers used it to come up with a state-by-state model estimate of childhood lead exposure cases from 1999 to 2010. They then compared that to the actual number of lead exposure cases identified and reported to the Centers for Disease Control and Prevention.

By the CDC’s measure, some 600,000 children under the age of five had tested positive for high blood lead levels in 39 states during those years. But according to their model, the researchers estimated the true number may have been as high as 1.2 million children instead. In 23 states, they further found the agency may have only counted less than half of the actual cases, and in California, barely over a third.

“The numbers of children with lead poisoning we know about are already frighteningly high—especially since lead poisoning is preventable,” said co-author Dr. Eric Roberts, a pediatrician at the Public Health Institute’s California Environmental Health Tracking Program, in a statement. “But now we know that many more children who have been exposed to lead are not tested, not counted and not treated.”

Roberts’ team focused on the years before 2010 due to changes in the NHANES afterwards, which switched to only using blood tests to determine how often lead poisoning is happening. Because lead testing isn’t universally required in the U.S., though, the researchers say that any estimates based on these results would come up short.

Their main findings apply to children with blood lead levels even higher than what the CDC now considers acceptable exposure, following a change in guidelines in 2011. Meaning that by today’s standards, the number of undercounted lead poisoning cases would be even higher.

In truth, though, there is no truly safe level of lead exposure, especially in children. And the effects of lead poisoning on the brain are likely to stretch out for a person’s entire life.

Without a true accounting of lead’s impact in the country, Roberts noted, “We can’t help the children who have been poisoned, or root out how and why so many children are being poisoned in the first place.”