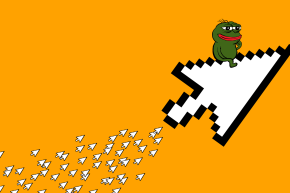 The neo-Nazi publisher of one of the most popular white supremacist sites in the world frequently whines that he’s broke as a joke. Andrew Anglin, who heads up the Daily Stormer website, often hits up his followers for cash to fund his website. Now, a lawsuit filed against Anglin earlier this month has mobilized his “troll army,” which has raised more than $24,000 in less than 24 hours to fund his legal defense.

Andrew Auernheimer, better known by his anti-semitic hacktivist pseudonym “weev,” created a WeSearchr crowd-funding page on Wednesday with the stated goal of stopping the Southern Poverty Law Center’s (SPLC) “perfidious perjurers from destroying the alt-right’s biggest website.” To Auernheimer and his peers, they cite the lawsuit the civil rights’ advocacy group filed against Anglin on behalf of Tanya Gersh, a Jewish woman living in Montana who Anglin and his trolls have been harassing for months. They hope to raise at least $150,000 for Anglin, who believes — perhaps incorrectly — that the hateful rhetoric he used directing people to harass the woman is protected by the First Amendment. In addition to donations, Anglin supporters have littered the comment section of the campaign with anti-Semitic rhetoric and memes.

It’s unclear whether the money pledged is actual cash on hand, as WeSearchr isn’t like your typical crowd-funding site. It was launched last year by right-wing troll Chuck Johnson with a goal to “crowd fund the truth.” It offers “bounties” for dirt on politicians and other public figures. Last year, one $100,000 campaign to get ahold of Hillary Clinton’s medical records was funded by a single “donor”: Mike Cernovich, a well-known “alt-right” conspiracy theorist who spent much of last year’s presidential campaign propagating conspiracy theories about Clinton’s failing health. As we reported last year, there was no evidence that Cernovich had the kind of money to pay out the bounty.

The lawsuit stems from a series of blog posts Anglin wrote directing his “troll army” to harass Gersh. Anglin claimed Gersh attempted to “extort” money from the mother of Richard Spencer, the de-facto leader of the “alt-right” movement. Spencer’s mother owns rental property in Whitefish, Montana, and a group of community members led by Gersh started pressuring her to sell the property because of her son’s newfound fame as the leader of a prominent white supremacist movement, Anglin claimed in December.

“Tell them you are sickened by their Jew agenda,” Anglin wrote in a December blog post titled, “Jews Targeting Richard Spencer’s Mother for Harassment and Extortion – TAKE ACTION!” In the post, Anglin included photos of Gersh and her family, as well as her contact information.

As we reported earlier this month, Gersh claims she was terrorized for months after Anglin’s initial call to arms. She claims that she received phone calls that were nothing but gunshots, and messages talking about putting Gersh and her family in ovens and gas chambers, in addition to other anti-Semitic threats.

As his trolls tormented Gersh, the lawsuit states, Anglin continued to egg them on by posting no less than 30 blog posts encouraging his followers to continue harassing Gersh and raising hell in Whitefish. In late December, Anglin called for the next phase of “Operation Whitefish,” and extended his call to “take action.”

“For the next phase of our plan…we are planning an armed protest in Whitefish,” Anglin wrote in a blog post published in December. “Montana has extremely liberal open carry laws, so my lawyer is telling me we can easily march through the center of the town carrying high-powered rifles.

The march never happened. Yet, the trolls have continued to torment Gersh. During a conference call earlier this month announcing the SPLC’s lawsuit, reporters questioned whether Anglin’s “troll storm” is protected by the First Amendment. In his rants, Anglin claims not to advocate violence, a claim the SPLC wrote off as his way of attempting to protect himself from lawsuits or even criminal charges. During the call, the SPLC said that in their view — and in the view of several attorneys who’ve analyzed the lawsuit — Gersh has a solid case against the neo-Nazi publisher since his campaign violated the Montana Anti-Intimidation Act, a state law aimed at preventing the type of cyber-bullying Gersh claims to have endured.