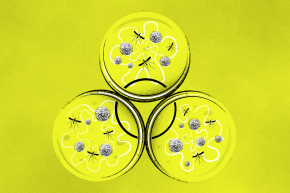 Questions about how dangerous the virus really is are stumping scientists. One thing is for certain: Zika is here to stay

Two years ago this May, Brazilian health officials made widely public the discovery of an outbreak of Zika virus, a member of the flavivirus family resembling a dropped gumball that got covered in dirt. Zika had hitched a ride onto Brazil’s local pest population the year before, spreading primarily through the bites of the female Aedes aegypti mosquito. It was the first outbreak to ever reach the Americas, the virus having been previously confined to Africa and Asia.

In the beginning, though, there was no huge cause for alarm. Upwards of 80 percent who catch Zika aren’t affected by it. The rest experience a mild flu; fewer still might get a rash. Compared to much more common and fearsome mosquito-borne diseases like dengue fever, it was considered relatively harmless. But soon enough, Zika became a natural disaster with wings.

Months after the initial cases, Brazil saw thousands more children being born with smaller-than normal heads, a condition called microcephaly, than is usual. Others died stillborn. And the only clear connection between these births was that many mothers complained of Zika-like symptoms during pregnancy. Doctors also noticed a small minority of adult Zika sufferers were coming down with Guillain-Barre syndrome, an autoimmune condition that leaves people’s muscles rendered useless long after the initial infection was gone.

Over the next two years, which saw Zika spread to 61 new countries and set off unprecedented travel advisories, scientists have since confirmed a direct link between Zika and these neurological effects. But even today, there’s still many mysteries surrounding it.

“Our knowledge about this virus has not advanced a lot,” Dr. Aravinda de Silva, a professor of microbiology and immunology at the University of North Carolina School of Medicine, told Vocativ.

Doctors now know that Zika infection can not only cause microcephaly, but a whole slew of birth defects collectively known as congenital Zika virus syndrome. It seems every day there are new problems to add onto the list — just last April, scientists reported that epileptic seizures could be another symptom. Officials also know that Zika can also rarely spread through sex, most often from men to women, a first among viruses in the Zika family.

But beyond that, de Silva says, we don’t know how it is that Zika affects developing fetuses and not adults the way it does, save to say it has an appetite for fetal brain cells. For that matter, why these effects seemingly hadn’t shown up in earlier outbreaks is still also a mystery.

The strain of Zika that spread internationally is descended from the Asian lineage of the virus, not the African. This might suggest its newly-emerged health effects are the result of a mutation that made it more virulent, since reported microcephaly cases in Africa haven’t increased. But because of the continent’s poor lab testing resources, high infant mortality, and the little attention paid to Zika before 2015, it’s possible that health officials may have simply missed them.

“What we don’t understand is the denominator,” de Silva said — in other words, how many people actually contract Zika. Only from there can doctors accurately know what percentage of people experience health effects, including newborns. The current front-line tests that could be used to find Zika cases are unable to tell the difference between Zika and other flaviviruses, de Silva said. That often means less suspected cases of Zika are truly verified, because doctors have to rely on more expensive and time-consuming lab tests to diagnose it, which in turn could skew the impact Zika is having within a country.

At this point, we’re not even sure how dangerous the Zika virus is to developing children. A recent report by the Centers for Disease Control and Prevention found that one of every 10 U.S. women confirmed to have Zika during their pregnancy delivered children with Zika-related birth defects. But other afflicted regions like Columbia have had much lower rates of Zika-related microcephaly compared to Brazil in 2015. And Brazil itself has experienced an unexplained drop in cases in 2016, according to a recent study published this April. The number of estimated Zika cases seen within the country in the beginning of the year led scientists to estimate that more than a thousand children would be born with Zika-related problems by the fall, but in reality, almost none occurred, and Brazil only reported around a hundred cases in total by the year’s end.

The research team, which included scientists from Brazil’s Ministry of Health and the World Health Organization, speculated this sudden drop might be because people are being misdiagnosed with Zika — the denominator being set too high. Another possibility is that Brazil’s women are having fewer children born with Zika as a result of preemptive abortions, though that’s unlikely to fully explain the dramatic decline. One of the more intriguing but still unproven theories is that it could take co-infection with another virus like dengue for Zika’s destructive potential to be unleashed.

Political interference, however, may also be juking the stats. As reported by Stat News, health officials under the cloak of anonymity have begun to suspect that Puerto Rico, the only part of the U.S. to have widespread local Zika transmission, is undercounting their number of microcephaly cases, in hopes of staving off tourism fears.

The answers to these enduring questions will take years to become clear. But according to both de Silva and Dr. Michael Osterholm, director of the Center for Infectious Disease Research and Policy at the University of Minnesota, it really isn’t much of a mystery as to how Zika enveloped the world the way it has.

“If you look in the 1970s, Aedes aegypti was almost eradicated in the Americas,” said Osterholm.

Since then, however, public health initiatives aimed at controlling mosquitoes and other vectors that spread human diseases have been chronically underfunded, he added. Mosquito control and fumigation programs were disbanded in places like Brazil; effective pesticides like DDT were taken off the market but not replaced by any comparable chemicals; and even efforts to clean up the sort of plastic trash perfect for breeding mosquitoes were given short shrift.

These funding gaps, coupled with the explosion of new breeding grounds, have led to a resurgence of aegypti in recent decades, along with the diseases they spread. By 1978, Brazil had already started dealing with renewed outbreaks of dengue fever, which now sickens upwards of 50 million people annually. Add to that more air travel, rising temperatures and a host of other reasons, and it was only a matter of time before Zika made its entrance on the world stage.

More This Drone That Hunts Mosquitos Could Help Fight Zika

“Wherever you see dengue today, and the challenges it presents, you got to realize you’re going to see the same with Zika,” he said. “This is one of those tragedies that’s unfolding in slow motion. It’s like a B-movie.”

And though there are several ongoing efforts to find a Zika vaccine, Osterholm worries about people putting too much hope in these. A successful vaccine will take years more to develop, and researchers will have to tread carefully every step of the way, since the possibility of it causing unforeseen side effects, including Guillain-Barre, isn’t nil. Similarly, there are questions as to whether these vaccines could ever be used in pregnant women, who are rarely studied in vaccine development.

Lingering too will be the generation of often already impoverished children afflicted with congenital Zika, the full effects of which we won’t see for decades. But tragic as these cases are, Osterholm does think they will also motivate the world to keep caring. “When Zika showed up, why did people pay attention? Because of the babies,” he said.

The key then, he adds, will be making the world care about the right things. There’s a lot left to be learned about Zika, but we already know how to stop it and its cousins right this moment: By stopping the Aedes aegypti mosquito. Whether the resources and willpower exist to do so is a whole another question.