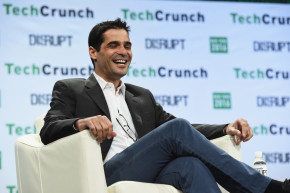 Juno CEO Talmon Marco just having himself a good ole time — Getty Images
By Jeff Andrews with Adi Cohen
Apr 27, 2017 at 11:59 AM ET

Riding-hailing app Juno launched under the premise that treating its drivers as partners could lead to a competitive advantage against larger companies like Uber and Lyft. But just a year into the experiment, Juno has been acquired by competitor Gett, and the drivers the company supposedly wanted to champion are getting screwed in the process.

Juno rolled out a “driver restricted stock unit plan” last summer that allowed drivers who were active 24 out of 30 months to accumulate shares in the company. The potentially lucrative incentive drew drivers to Juno, but under the sale to Gett, the RSUs are getting nullified in exchange for small cash bonuses, leaving many drivers feeling bamboozled.

Juno still only operates in New York, but Gett has footprints in Russia, Israel, and Europe after raising $300 million from Volkswagen last year. The combined company hopes to make in roads in the United States where industry leader Uber continues to reel from a series of scandals that knocked an estimated $10 billion off its value, according to one report.

But even reports of Uber’s losses illustrate how quixotic Juno’s effort has been over the last year; Uber is still valued at $50 billion despite its troubles, while Juno just sold for $200 million.

Axios reported that before the sale, Juno realized the RSU program was going to be more difficult to implement than it expected, so the promise to drivers may have been pie in the sky to begin with.

A bright spot for drivers is that Gett plans to continue some of the other perks Juno allotted them, such as letting them keep 100 percent of the tips they receive. Not being able to accept tips at all has been a sore spot among Uber drivers for years. Gett also says it has plans to roll out a new plan for “long term value sharing.”

But with Uber trying to offer the lowest possible price in a strategy that punishes drivers and competitors alike, Gett’s driver perks will have to be quite convincing to put a dent in Uber. And after reneging on RSUs, the company will have to regain the trust of its drivers.

“Given the behavior of for-hire vehicle apps to date, it’s little surprise that Juno is cashing out and leaving the workers who built the company with next to nothing,” said the Independent Driver’s Guild in a statement. “This latest bait-and-switch underscores the need for industry-wide protections to ensure a living wage for drivers in the face of deceptive tactics, empty promises and manipulation from ride-hail apps.”