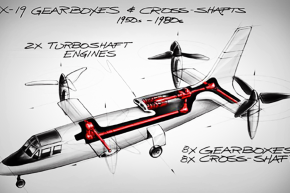 Uber Is Latest Tech Company To Dream Of Flying Cars

The next Silicon Valley hype 'vehicle' is here

Uber is currently struggling to get people to download its app and ride in its cars, but it’s already trying to get customers hyped for it’s crazy-sounding flying taxi service.

Elevate will first be implemented in the Dallas-Fort Worth area and in Dubai. Uber will partner in these cities to help find areas in which they could install takeoff and landing pads, which Uber is calling “vertiports.” As for the vehicle itself, Uber is negotiating contracts with five aircraft manufacturers to work on a vehicle design that’s lightweight, electrically powered, and can vertically takeoff and land.

When Elevate was first announced, Uber said that it’s aerial taxi service would cut commute from city to city by a significant amount of time. A two-hour drive from San Francisco to San Jose could be completed in just 15 minutes by air. Of course, none of this has been tested or approved, it’s all just a theory. Uber is aiming to have its first public demonstration by 2020, which is a bit ambitious considering that a lot of the technology and regulations for flying cars have yet to be validated.

Uber is not the only company that has announced a flying car within the past couple months. Just this week, Larry Page’s Alphabet (Google’s parent company) announced that it’s Kitty Hawk flying car — which looks like a Spider-Man vehicle — will apparently go on sale by the end of this year.

It’s fun to think of the idea of flying cars, but this latest hype in Silicon Valley has a lot to establish first. Companies like Uber, Tesla, and Google have yet to get self-driving cars right, but they’re rushing onto getting them to fly. It seems like all these companies are just sprinting toward bragging rights, disrupting transportation and grabbing market share, but none of their ideas have been solidified.