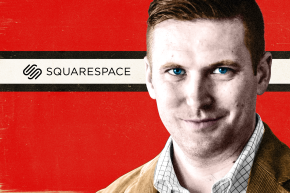 White Supremacists, Brought To You By Squarespace
By Sara Morrison

White Supremacists, Brought To You By Squarespace

Website building service Squarespace's acceptable use policy bans bigotry. So why does it allow prominent white nationalists to use it to create their websites?

Squarespace is a website-building platform that offers anyone the chance to design the “beautiful” site of their dreams. Or just about anyone: The company, which says it’s been used to create millions of sites since 2004, bans sites that advocate “bigotry or hatred.”

Yet, Squarespace tools have built three sites belonging to renowned white nationalist Richard Spencer — seen in November shouting “Hail Trump!” to a room full of Nazi-saluting white nationalists — along with other avowed racists.

According to the company’s acceptable use policy, Squarespace does not allow “being a jerk.” “Don’t do or post anything threatening, harassing, abusive, excessively violent, offensive, sexually explicit or obscene,” the policy states. The policy adds: “…don’t advocate bigotry or hatred against any person or group based on their race, ethnicity, nationality, religion, gender, gender identity, sexual preference, age or disability.”

It may be difficult understand why sites like Spencer’s aren’t banned under those terms. Spencer’s Radix Journal, for which he is a founder and publisher; the National Policy Institute (NPI), his white pride “think tank”; and his personal website were all built on Squarespace’s proprietary content management system and templates. So is Nathan Damigo’s “Identity Evropa” club, another white nationalist group that only allows Americans with “European heritage” to join. And the Foundation for the Marketplace of Ideas, which provides legal advice to white nationalists and advocates supporting white supremacist websites such as Daily Stormer. It is headed up by Kyle Bristow, who the Southern Poverty Law Center calls the “attorney for Aryans.”

Last month, Identity Evrope flyers appeared on the campus of University of Massachusetts Boston that called for the “preservation of white people,” among other things. This upset — and infuriated — many in the campus community, including Joseph Brown, an assistant professor of political science. He told Vocativ that when he went to Identity Evropa’s website, he found, in the source code, that it was built using Squarespace’s tools. He then checked Spencer’s NPI website’s source code and found that it, too, was built using Squarespace. Squarespace also hosts files used to create and maintain the sites.

When Brown found that Squarespace’s acceptable use policy banned sites that advocate bigotry and hatred, he emailed the company on March 13 to inform it that two of its customers seemed to be in clear violation of that policy.

“One assumes that Squarespace does not wish to be associated with neo-Nazism, fascism, racism or white supremacist violence,” Brown wrote in the email to Squarespace, which he shared with Vocativ.

It turned out that his assumption was wrong. Brown was “shocked,” he said, when Squarespace responded on March 13 with a letter that appeared to conflict with its own policy, saying that it did not “make any claims about the contents” of the sites created by its customers.

“Squarespace is used by millions of people to express themselves, build their brands, grow their businesses, and everything in between,” the letter continued. “With so many diverse viewpoints, there are sometimes sites containing content that others find offensive. However, Squarespace strongly supports the principles of freedom of speech, the marketplace of ideas, and empowering our users to share their opinions, even if those opinions are controversial or unpopular.”

That’s not an unusual stance for Squarespace to take. Most website hosting and building platforms do the same, with terms of use that typically say that they are not responsible for the content on sites owned by people who happen to use their services. WordPress, for instance, states emphatically that it is “committed to freedom of speech,” as long as that speech isn’t illegal, such as threats of violence. So, Vanguard America’s “Blood and Soil” does not violate WordPress’s terms of service. Same goes for vBulletin, which white supremacist website Stormfront has used to power its forums for years. Unlike Squarespace, however, vBulletin doesn’t have anti-bigotry rules in its acceptable use policies.

Brown was also surprised by Squarespace’s response considering other public stances taken by the company’s CEO. Anthony Casalena. Squarespace’s CEO tweeted his opposition to President Donald Trump’s Muslim ban executive order, and signed an open letter to Trump saying the same — seemingly supporting the very people that sites using his company rally against. Squarespace then promoted Caselana’s letter and pro-immigration views on its own site.

Earlier this month, Brown created a Change.org petition to try to pressure Squarespace to change its mind. The petition came after Damigo gained further notoriety for punching a woman in the face during a pro-Trump rally in Berkeley, California. But accumulating signatures has been a slow process, as only 42 have signed the petition so far.

“We’re just asking Squarespace to enforce its own clearly-stated acceptable use policies, in keeping with its own progressive ethos,” Brown said. “They’re choosing not to do so, creating a special exception for white supremacists.”

Vocativ reached out to Squarespace several times to clarify its policy, only to receive a brief response.

“We’re looking into the matter,” Squarespace said in an email. “And cannot comment further at this time.”