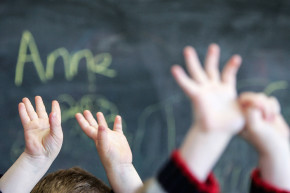 By a preschool age, study shows transgender kids develop identities "quite similar to that of other children"

Transgender kids are a whole lot like their cisgender peers, according to a new paper. Researchers from the University of Washington have found that preschoolers show the same stereotypical preferences — for dolls or trucks, say — and have just as strong a sense of their gender identity, regardless of whether they are transgender or not.

As the study puts it, the gender development of transgender preschoolers is “quite similar to that of other children.”

“An increasing number of transgender children … are transitioning socially, which means they use pronouns, names, and clothing associated with their identified gender in everyday life,” said the study’s lead author Anne A. Fast in a press release. “In this study, we asked whether these children differed from their non-transgender peers on basic tasks related to gender development at an early age.”

The answer, for the most part, was no.

The study, published in the journal Child Development, surveyed 36 transgender children — meaning kids who did not identify with the sex they were assigned at birth — between the ages of 3 and 5 who had socially transitioned. These kids were surveyed alongside two other groups: same-age cisgender kids, meaning those whose gender identities were consistent with the sex they were assigned at birth, and same-age siblings of transgender or gender nonconforming children. The latter group allowed the researchers to account for the effects of growing up in a household where there’s awareness or acceptance of gender nonconformity.

The researchers asked the preschoolers a host of questions to get at their preferences around toys, clothing, and playmates. For example, did they want to play with the pink play kitchen or the red tool set? Did they want to wear the sparkly purple dress or the plaid cargo pants (clearly, researchers did not account for taste)? Did they want to play with same-sex or opposite-sex peers? They found that the transgender kids “were just as likely” as cisgender kids to “show preferences for peers, toys, and clothing culturally associated with their expressed gender.”

The researchers also asked the kids about their own sense of their gender identity in the past, present, and future (e.g. “When you were a little baby, were you a little boy or a little girl?” and “When you grow up, will you be a dad or a mom?”). Transgender kids were just as likely as the cisgender kids to “say that they identify with their expressed gender, both now and in the future.”

The researchers did find one key difference, however: Transgender kids were more likely to say that “they were a different gender as an infant than their current gender in everyday life.” This is contrary to how many transgender adults talk about their gender — as having always existed as it currently is.

The researchers caution that their sample size is small, so more research is needed, but the findings do provisionally suggest that transgender and cisgender kids’ gender development looks more similar than different. It also shows that transgender preschooler don’t consider their gender identity a “phase” any more than do cisgender preschoolers. This will come as little surprise to anyone who recognizes transgender kids’ gender identities as being just as equally real and valid — but it might come as a needed challenge for those who don’t.