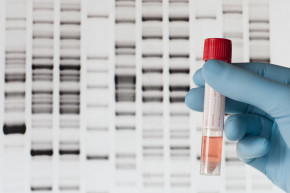 Knowing Your Genetics Could Help Design Just The Right Diet

A new study details one gene linked to eating chocolate, another to salt intake

Most diets fail. Whether the goal is losing weight or just generally eating healthier, a commonly cited (and probably overstated) statistic says 95 percent of diets don’t work. But new research suggests the secret of a better diet could be hiding in our DNA.

Our eating habits are complex, and are shaped by environmental, cultural, and psychological factors as much as by genetics. But a better understanding of the latter could help people design diets that are optimized to their most fundamental food preferences, according to researcher Silvia Berciano of the Autonomous University of Madrid. Presenting her research team’s work Saturday at the Experimental Biology 2017 conference in Chicago, Berciano related how a study of 818 men and women revealed links between genetic variation and dietary choices.

For instance, how the brain expressed a particular gene associated with obesity was linked to how much vegetable and fiber intake a person got. Another gene connected to the hormone oxytocin played a role in a person’s fondness for chocolate. Still other genes shaped how much salt and how much fat a person tended to have in their diet. There were a few other links the researchers found, but there was less evidence these connections were significant.

In theory, this sort of research could help build better, more personalized diets. Somebody who, for instance, has a genetic predisposition toward chocolate but not toward salt would do better to cut down on the latter and be more likely to not quit on such a diet. Understanding how specific genes affect food preferences could also tell us more about the genetic risks behind diseases that are in part shaped by people’s diets, such as diabetes and cardiovascular disease.

Those who participated in the study sites in Minneapolis and Salt Lake City were all of European ancestry, so an important next step will be to see whether these results hold for people of different ethnicities. Previous studies found genetic components to eating disorders like anorexia and bulimia, but this is the first time researchers have studied how genes might shape eating habits more generally.

It’s early days yet for gene-based dieting, but even these preliminary results are intriguing for everyone hoping for a better diet to come along.