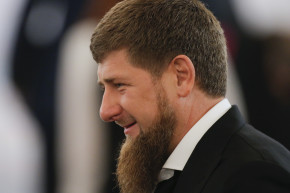 Chechnya’s president has reportedly vowed to eradicate the republic’s gay community before the start of Ramadan. Both Chechen and Russian leaders, however, have denied in recent days that Chechnya’s LGBT community is under attack.

Sir Alan Duncan, Britain’s deputy foreign secretary, warned of the threat in a speech to Parliament on Wednesday, according to U.K.-based LGBT news site PinkNews. “He has carried out other violent campaigns in the past, and this time he is directing his efforts at the LGBT community,” Duncan, who is himself gay, said. “Sources have said that he wants the [LGBT] community eliminated by the start of Ramadan.”

This year’s celebration of Ramadan, the most important holiday for Muslims around the world, begins on Friday, May 26. Chechnya is a predominately Muslim area of the Russian Federation.

There have been numerous reports of members of Chechnya’s gay community being rounded up and murdered since February. The New York Times published personal accounts of Chechnya’s anti-gay pogrom Friday. In one chilling story, a man called Maksim was set up by agents who posed as a friend in an online chatroom. When he went to meet his friend, a fellow gay man, he was beaten by the authorities and then strapped to a chair with electrical wires on his hands. He was fiercely interrogated.

“They yelled, ‘Who else do you know?’” Maksim said, as they repeatedly shocked him. “It was unbearably painful; I was hanging on with my last strength. But I didn’t tell them anything.”

But such reports have been met with skepticism or outright denial by government officials. During a Wednesday meeting with Russian President Vladimir Putin, Kadyrov said there was no reason to believe any “provocative” reports about the anti-gay purge. Russian presidential spokesman Dmitry Peskov also told reporters Thursday that investigators have found no evidence to support a recent report by Novaya Gazeta, a Russian investigative newspaper, that detailed a recent anti-gay operation that resulted in the death of three men.

Last week, Magomed Selimkhanov, a member of the State Duma from the Chechen Republic, responded to the reported persecution by dismissing the idea that gay people even exist in Chechnya. He was quoted in the daily newspaper Moskovskij Komsomolets as saying: “There are no gay people in Chechnya, so no one can have any views about them. I personally believe that they belong two meters underground.”

Tanya Lokshina, Russia program director for Human Rights Watch, told the Times that security agents in Chechnya brutally detain suspected homosexuals for up to several weeks in some cases. In interviews with gay men who later fled Chechnya, Lokshina said some “returned to their families barely alive from beatings.”

Meanwhile, several human rights organizations, including Amnesty International and HRW, issued a joint letter to members of the Parliamentary Assembly of the Council of Europe over the human rights situation in the region.

“The Parliamentary Assembly should adopt a strong resolution that addresses the persistent impunity and deteriorating human rights situation in the region, in particular the human rights crisis in Chechnya,” the letter said. “Your voice will matter for those who work to defend the victims of violations and abuses in the North Caucasus.”