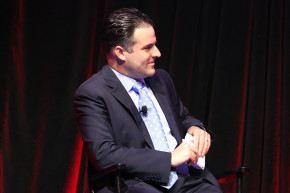 But will he take the test himself?

The Wonderlic test, a 12-minute long cognitive exam administered during the annual NFL Draft Combine, is utterly useless as a football evaluation tool. We know this. Economists have conducted studies showing that there’s no correlation between a high score on the test and a player’s future success. Ryan Fitzpatrick—who went to Harvard, people forget that—notched a 48. Dan Marino came in at 15.

It’s a data point that NFL front offices will never let go of because the idea that someone else is getting a leg up or possesses a single iota of information that they don’t cannot be permitted.

And yet, every year, like clockwork, the results eventually dribble out to the public, leading to a blog or two fussing about what Leonard Fournette’s 11 means for his draft stock, or just thrown out there without any context at all. As Mike Florio wrote at ProFootballTalk, the reporter who leaked Fournette’s and a few comparable running back’s scores does so regularly, based on the assumption that the information is a priori newsworthy. (It is not.)

It is, however, the perfect medium for ESPN’s quasi-sentient A/B test, Darren Rovell, a noted snitch and shameless advocate for both amateurism and the brutal exploitation of workers. Which, yes, the last two are a bit redundant.

Rovell tweeted out the “news” along with an old newspaper clipping showing the average scores of various professions who have also been forced to undergo a Wonderlic test by their employers.

Many fine Twitter users told Rovell to cram it, including his colleague at ESPN, Bomani Jones.

But no matter how many verified and unverified individuals clap back at Rovell, leaked player scores will invariably be a part of the pre-draft news cycle. Unless, that is, someone or a union steps up and takes the NFL to court. Vocativ spoke with Daniel Wallach, a prominent sports and gaming law expert, who explained that these records should be kept confidential, and it is the responsibility of both the NFL and the various teams to do so.

“It’s personal information and the release of this kind of information, while not on the same level as medical records, could cause great embarrassment to the players effected,” he said.

While it would be difficult to put an exact figure on the financial loss or a drop in draft status as a result of a leaked Wonderlic score, any legal action would center on the emotional and reputational damage incurred. “There is a crystal clear violation of an invasion of privacy tort with these leaks,” said Wallach.

The problem, Wallach explained, is that few first-year players would want to risk their jobs by taking on the NFL, and the NFLPA doesn’t seem inclined to go to war on this issue.

Alternately, a player could take a media outlet to court, as Jean-Pierre Paul did when ESPN’s Adam Schefter tweeted out a photo of his medical records. But the press does have the First Amendment on its side, according to Wallach, making it a difficult case to win even if a willing plaintiff could be found.

If there is a member of the press to be sued, how about Rovell, who provided one reason as to why player scores are invariably made public.

Teams who proactively leak Wonderlic scores more often than not think test has no worth, hope star with low score slips to their team.

Which means Rovell is aware that he’s being used to by someone—another team, a shifty-eyed agent, whomever—to push a corporate agenda, and still he tossed some racially-coded garbage into our ever-churning content sinkhole. Thankfully, another reporter asked him to show his receipts.

@darrenrovell @BobMcGinn Here ya go. When you see the questions, I'm also curious if you think it's (at all) applicable to football players. https://t.co/kucmQCoLwQ

As of this writing, Rovell has not been able to take 12 minutes off from his jam-packed workday scheduling tweets in order to take the test and then share the results with the world. We will update this post if Rovell grows a pair.