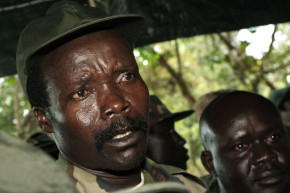 Even though the brutal star of the viral video "Kony 2012" remains at large, the U.S. and its regional allies no longer consider him a threat

The last mission to track down Joseph Kony — the brutal warlord and one-time subject of perhaps the world’s biggest online activism campaign — has been called off by the Ugandan military. Kony is still at large.

Uganda military spokesman Brig. Richard Karemire told the Associated Press on Wednesday that the country has begun withdrawing soldiers from the Central African Republican, where the army had been going after Kony’s Lord’s Resistance Army. All 1,500 Ugandan troops dedicated to the mission will pull out by the end of May. Last month, the United States ended its search for Kony, as well.

The guerrilla group, which used to be based in the Democratic Republic of Congo’s jungles prior to moving to the CAR, gained notoriety for its brutal massacres and employing of child soldiers. It only comprises about 100 members today, and is therefore not considered a threat to the region, but at its height, the LAR counted roughly 3,000 soldiers.

Although Kony has been on the international radar since 2005, when the International Criminal Court issued a warrant for his arrest, he has largely faded from popular memory. The campaign against Kony reached its peak in 2012, when U.S.-based group Invisible Children, an organization devoted to increasing awareness of Kony’s atrocities, unveiled its viral video, “Kony 2012.” The 30-minute clip, which as of Wednesday has been viewed more than 101 million times on YouTube, initially galvanized support for Kony’s capture, but detractors soon derided the Hollywood-style video for reducing a complex issue to a series of slogans and fodder for social media. Invisible Children’s co-founder, Jason Russell, was also attacked for his perceived “white savior complex.”

However, the fact remains that Kony is still at large, and some are concerned about what a total troop withdrawal will mean.

Sasha Lezhnev, the Associate Director of Policy at the Enough Project, an organization dedicated to ending genocide and crimes against humanity, as well as monitoring the LRA, told A.P. that Kony “will likely ramp up attacks if Uganda fully backs off,” adding that, “Uganda should join [the U.N. peacekeeping mission in Central African Republic] with international support to continue pursuing the LRA and save thousands of lives.”